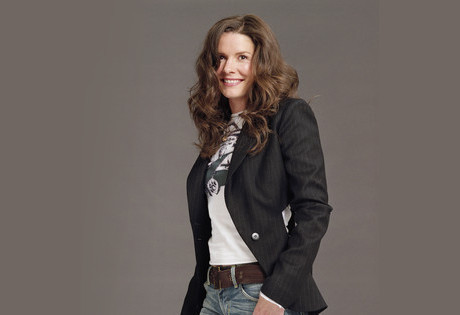 Start by filling out our no-obligation entertainment request form to check pricing and availability for Edie Brickell or whoever else you may want.

Our Edie Brickell agent will be happy to help you get Edie Brickell's availability and booking fee, or the price and availability for any other A-List entertainer, band, comedian or celebrity you may want for your corporate event, private party, wedding, birthday party or public show.

The American singer-songwriter Edie Brickell was born in 1966 in Dallas, Texas. Young Edie grew up in the Oak Cliff area, attending the Booker T. Washington High School for the Performing and Visual Arts. Following her graduation, Brickell decided to pursue studies in songwriting and composition at Southern Methodist University. Around the same time, she began performing around town, eventually garnering the attention of a new folk rock group, New Bohemians, who were looking for a lead singer.

With Edie as their lead singer, the band changed its name to Edie Brickell and the New Bohemians. After signing with their first major label in 1988, the band released the debut album Shooting Rubberbands at the Stars, which immediately became a commercial and critical success. On the strength of the hit song “What I Am,” the album shot into the top five on the mainstream charts and set the stage for the follow-up album, Ghost of a Dog (1990.)

Edie Brickell soon began to release albums as a solo artist as well, starting with Picture Perfect Morning in 1994. Additional albums include: Volcano (2003), Stranger Things (2006), and Edie Brickell (2010.) In 2010, Brickell founded the band The Gaddabouts with the self-titled debut album; she also began to collaborate with Steve Martin and the Steep Canyon Rangers in 2013, recording with them in the studio and appearing with them on tour.

Edie Brickell continues to perform and record, often with her husband, Paul Simon. Her music can also be heard in a number of films, including Jeremy Fink and the Meaning of Life, for which she wrote the title track, “The Meaning of Life,” in 2011. She also appeared in the 1989 film Born on the Fourth of July as a folk singer, and performed a cover of “Walk on the Wild Side” for the 1990 film Flashback.

For more information on booking Edie Brickell, please contact Booking Entertainment. One of our top booking agents will be happy to work on your behalf to get you the best possible price to book any big name entertainer for your upcoming public, private or corporate event worldwide.

Booking Entertainment works to get the best possible Edie Brickell booking fee and Edie Brickell price for our clients while also providing the celebrity or famous entertainer with the level of professionalism and industry norms that they expect from an event run by a professional booking agency and production management.

Booking Entertainment uses our agency / management relationships and over 25 years of production experience to help buyers of headline / top name entertainers and does not claim or represent itself as the exclusive Edie Brickell agent, manager or management company for any of the artists on our site.

Booking Entertainment does not claim or represent itself as the exclusive booking agency, business manager, publicist, speakers bureau or management for Edie Brickell or any artists or celebrities on this website.