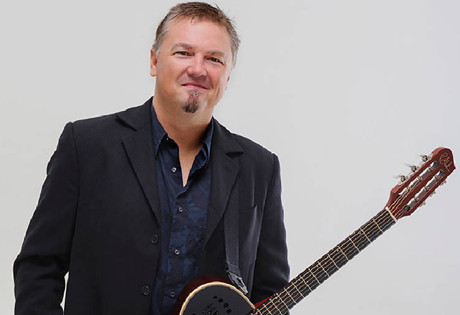 Start by filling out our no-obligation entertainment request form to check pricing and availability for Edwin McCain or whoever else you may want.

Our Edwin McCain agent will be happy to help you get Edwin McCain's availability and booking fee, or the price and availability for any other A-List entertainer, band, comedian or celebrity you may want for your corporate event, private party, wedding, birthday party or public show.

The American singer-songwriter Edwin McCain was born in 1970 in Greenville, South Carolina. After touring with Hootie and the Blowfish in the early 1990’s, Edwin McCain signed his own deal with Atlantic Records and released his debut album, Honor Among Thieves, in 1994. The album was a success, but it was McCain’s sophomore effort which would become his big breakthrough as a musician.

Misguided Roses arrived in the following year and on the strength of the hit “I’ll Be,” rose to the top of the charts. The single made its way into many of the year’s television shows and films, and suddenly Edwin McCain was a significant star on the rise.  Between 1999 and 2006, McCain released the additional albums: Messenger (1999), Far from Over (2001), The Austin Sessions (2003), Scream & Whisper (2004), and Lost in America (2006.) Messenger featured another notable hit from Edwin McCain, the song “I Could Not Ask For more,” which rose into the top twenty and was featured in the film Message in a Bottle.

Edwin McCain continues to perform and record. His most recent album, Mercy Bound, was released in 2011, although McCain has plans to return to the studio to record another album sometime in the near future.

For more information on booking Edwin McCain, please contact Booking Entertainment. One of our top booking agents will be happy to work on your behalf to get you the best possible price to book any big name entertainer for your upcoming public, private or corporate event worldwide.

Booking Entertainment works to get the best possible Edwin McCain booking fee and Edwin McCain price for our clients while also providing the celebrity or famous entertainer with the level of professionalism and industry norms that they expect from an event run by a professional booking agency and production management.

Booking Entertainment uses our agency / management relationships and over 25 years of production experience to help buyers of headline / top name entertainers and does not claim or represent itself as the exclusive Edwin McCain agent, manager or management company for any of the artists on our site.

Booking Entertainment does not claim or represent itself as the exclusive booking agency, business manager, publicist, speakers bureau or management for Edwin McCain or any artists or celebrities on this website.