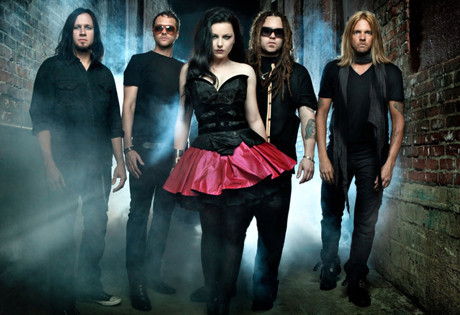 Start by filling out our no-obligation entertainment request form to check pricing and availability for Evanescence or whoever else you may want.

Our Evanescence agent will be happy to help you get Evanescence's availability and booking fee, or the price and availability for any other A-List entertainer, band, comedian or celebrity you may want for your corporate event, private party, wedding, birthday party or public show.

The American rock band Evanescence was established in Little Rock, Arkansas in 1995 by founding members Ben Moody and Amy Lee. The two musicians had met in the year prior and began writing songs together; after establishing Evanescence and rounding out their lineup, they released two EPs – one self-titled in 1998 and the other, Sound Asleep EP, in 1999. A demo CD, Origin, began to circulate, eventually garnering the group attention from A&R representatives from Wind-up Records.

The band relocated to Los Angeles and entered the studio to prepare for their debut album, Fallen. On the strength of the number-one hit single “Bring Me to Life,” Fallen rose to the top of the charts in 2003, reaching multi-platinum status and spending a full year in the top fifty on the mainstream charts. Fallen earned seven Grammy nominations with two wins (for Best Hard Rock Performance and Best New Artist), and set the stage for the follow-up album The Open Door (2006.) Additional notable singles from both albums include: “Going Under,” “My Immortal,” “Everybody’s Fool,” “Call Me When You’re Sober,” and “Lithium.” Evanescence earned two more Grammy Award nominations – one in 2005 for Best Pop Performance by a Duo or Group with Vocals; and another in 2008 for Best Hard Rock Performance.

Although Evanescence didn’t release any new material for a few years, the band resurfaced in 2011 with the self-titled album, Evanescence. The album debuted in the number on spot on the mainstream charts and also the rock charts, alternative charts, and hard rock charts. The album spawned the singles “What You Want,” “My Heart is Broken,” and “Lost in Paradise.”

Evanescence continues to perform and record with the current lineup of Amy Lee, Tim McCord, Will Hunt, Troy McLawhorn, and Jen Majura. The band recently completed an extensive tour and has plans for another studio album to come in the next few years.

For more information on booking Evanescence, please contact Booking Entertainment. One of our top booking agents will be happy to work on your behalf to get you the best possible price to book any big name entertainer for your upcoming public, private or corporate event worldwide.

Booking Entertainment works to get the best possible Evanescence booking fee and Evanescence price for our clients while also providing the celebrity or famous entertainer with the level of professionalism and industry norms that they expect from an event run by a professional booking agency and production management.

Booking Entertainment uses our agency / management relationships and over 25 years of production experience to help buyers of headline / top name entertainers and does not claim or represent itself as the exclusive Evanescence agent, manager or management company for any of the artists on our site.

Booking Entertainment does not claim or represent itself as the exclusive booking agency, business manager, publicist, speakers bureau or management for Evanescence or any artists or celebrities on this website.