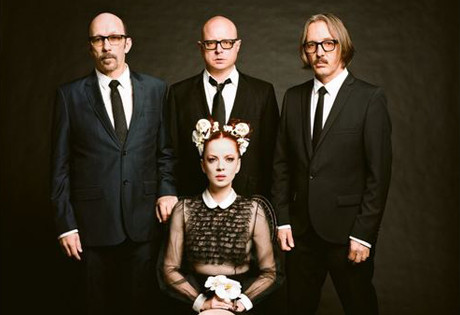 Start by filling out our no-obligation entertainment request form to check pricing and availability for Garbage or whoever else you may want.

Our Garbage agent will be happy to help you get Garbage's availability and booking fee, or the price and availability for any other A-List entertainer, band, comedian or celebrity you may want for your corporate event, private party, wedding, birthday party or public show.

The American alternative rock band known as Garbage was established in 1993 in Madison, Wisconsin by founding members Butch Vig and Duke Erikson. The two musicians had formed Smart Studios and began to garner significant attention for their production work.  Although both men performed on occasion with other bands, in 1994 the two decided to form their own band, and Garbage was born.

With the addition of Steve Marker and Shirley Manson on vocals, Garbage recorded a series of demo tapes and began to circulate them, eventually signing first with Mushroom UK for worldwide distribution. With Mushroom UK, Garbage released their single “Vow,” which garnered heavy airplay and began to gain some attention in the United States. After signing with Almo Sounds, Garbage released their self-titled debut in 1995.

Garbage debuted in the top twenty internationally, earning the band a Brit Award nomination for Best New Band and Best International Newcomer. The critically acclaimed album also began a slow rise on the charts in the United States, and ultimately spawned the hit singles “Only Happy When It Rains” and “Stupid Girl.” Over the next decade, Garbage released the additional albums: Version 2.0 (1998), Beautiful Garbage (2001), and Bleed Like Me (2005.) The albums spawned the additional hits: “#1 Crush,” “Push It,” “I Think I’m Paranoid,” “Special,” “When I Grow Up,” “Androgyny,” “Why Do You Love Me,” “Bleed Like Me,” and “The World Is Not Enough,” which was featured in the James Bond film of the same name.

To date, Garbage has earned more than twenty-seven award nominations, including Grammy Awards and BRIT Awards. The band continues to perform and record with its original lineup. Most recently, Garbage released the album Not Your Kind of People in 2012, featuring the songs “Blood for Poppies,” “Battle in ME,” “Big Bright World,” Control,” and “Because the Night.” They also recently released the song “Girls Talk,” featuring a collaboration with Brody Dalle.

For more information on booking Garbage, please contact Booking Entertainment. One of our top booking agents will be happy to work on your behalf to get you the best possible price to book any big name entertainer for your upcoming public, private or corporate event worldwide.

Booking Entertainment works to get the best possible Garbage booking fee and Garbage price for our clients while also providing the celebrity or famous entertainer with the level of professionalism and industry norms that they expect from an event run by a professional booking agency and production management.

Booking Entertainment uses our agency / management relationships and over 25 years of production experience to help buyers of headline / top name entertainers and does not claim or represent itself as the exclusive Garbage agent, manager or management company for any of the artists on our site.

Booking Entertainment does not claim or represent itself as the exclusive booking agency, business manager, publicist, speakers bureau or management for Garbage or any artists or celebrities on this website.