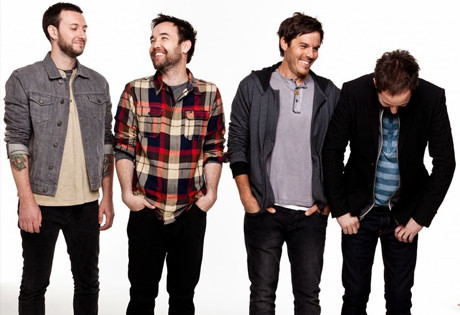 Start by filling out our no-obligation entertainment request form to check pricing and availability for Hoobastank or whoever else you may want.

Our Hoobastank agent will be happy to help you get Hoobastank's availability and booking fee, or the price and availability for any other A-List entertainer, band, comedian or celebrity you may want for your corporate event, private party, wedding, birthday party or public show.

The rock band Hoobastank was established in Los Angeles in the mid 1990’s with founding members Markku Lappalainen, Chris Hesse, Dan Estrin, and Doug Robb. Long before the band rose to fame with it’s chart-topping hit, “The Reason,” Hoobastank began playing local gigs around the LA area, establishing a following and saving funds to record their debut album.

Hoobastank’s self-released debut, They Sure Don’t Make Basketball Shorts Like They Used To, arrived in 1998 and caught the attention of Island Records, which signed the band two years later. The band’s self-titled debut album followed a year later, and on the strength of the hit “Crawling in the Dark,” it rose into the top ten on the rock charts. The album also featured the additional hits “Running Away,” and “Remember Me,” and paved the way for Hoobastank’s major breakthrough, the album The Reason.

The Reason featured the title track and Hoobastank’s biggest hit to date, and the band also experienced a boost when it provided the song “Losing My Grip” for the hit film The Scorpion King. Since that time, Hoobastank has released the albums Every Man for Himself (2006), Fornever (2009), and Fight or Flight (2012.) The albums gave audiences the songs “If I Were You,” “Inside of You,” “Born to Lead,” “My Turn,” “The Letter,” “This is Gonna Hurt,” “Can You Save Me?” and “Incomplete.”

Hoobastank continues to perform and record with the current lineup of Doug Robb, Dan Estrin, Chris Hesse, and Jesse Charland. So far, the band has sold more than ten million albums worldwide, and plans are in the works for another studio album in the coming years.

For more information on booking Hoobastank, please contact Booking Entertainment. One of our top booking agents will be happy to work on your behalf to get you the best possible price to book any big name entertainer for your upcoming public, private or corporate event worldwide.

Booking Entertainment works to get the best possible Hoobastank booking fee and Hoobastank price for our clients while also providing the celebrity or famous entertainer with the level of professionalism and industry norms that they expect from an event run by a professional booking agency and production management.

Booking Entertainment uses our agency / management relationships and over 25 years of production experience to help buyers of headline / top name entertainers and does not claim or represent itself as the exclusive Hoobastank agent, manager or management company for any of the artists on our site.

Booking Entertainment does not claim or represent itself as the exclusive booking agency, business manager, publicist, speakers bureau or management for Hoobastank or any artists or celebrities on this website.