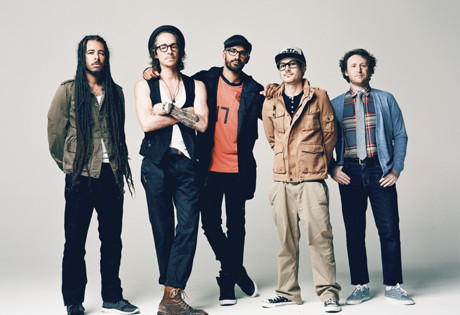 Start by filling out our no-obligation entertainment request form to check pricing and availability for Incubus or whoever else you may want.

Our Incubus agent will be happy to help you get Incubus's availability and booking fee, or the price and availability for any other A-List entertainer, band, comedian or celebrity you may want for your corporate event, private party, wedding, birthday party or public show.

The American rock band known as Incubus was established in 1991 in Calabasas, California. Founding members Jose Pasillas, Mike Einziger, and Brandon Boyd all met while still in high school, and before graduation they had formed the earliest versions of the band. Incubus began performing around the Los Angeles areas, with growing popularity, bringing them to such venues as The Roxy and Whiskey a Go Go.

In 1995, Incubus recorded and released their debut EP, Let Me Tell Ya ‘Bout Root Beef. The band established its own label prior to the release of their debut album, Fungus Amongus, which garnered them a deal with Epic Records. Epic assigned Incubus as the opening act for Korn later that year, paving the way for the band’s second album, S.C.I.E.N.C.E. The album fared reasonably well, but it was Incubus’s third album, Make Yourself, which brought the band critical acclaim and commercial success.

Make Yourself spawned the singles “Privilege” and “Pardon Me,” the latter of which became even more famous for its acoustic version. The success of that live “unplugged” version brought the album into the charts and spawned the equally successful EP, When Incubus Attacks. Since that time, Incubus has also released the albums: Morning View (2001), A Crow Left of the Murder… (2004), Light Grenades (2006), and If Not Now, When? (2011.) The albums spawned the number-one alternative singles: “Drive,” “Megalomania,” “Anna Molly,” and “Love Hurts.” Additional top ten alternative hits include: “Stellar,” “Wish You Were Here,” “Nice to Know You,” “Warning,” “Talk Shows on Mute,” “Dig,” “Oil and Water,” “Black Heart Inertia,” and “Adolescents.”

Incubus continues to perform and record with the current lineup of Brandon Boyd, Mike Einziger, Jose Pasillas, Chris Kilmore, and Ben Kenney. The band is expected to release another studio album within the next year or two.

For more information on booking Incubus, please contact Booking Entertainment. One of our top booking agents will be happy to work on your behalf to get you the best possible price to book any big name entertainer for your upcoming public, private or corporate event worldwide.

Booking Entertainment works to get the best possible Incubus booking fee and Incubus price for our clients while also providing the celebrity or famous entertainer with the level of professionalism and industry norms that they expect from an event run by a professional booking agency and production management.

Booking Entertainment uses our agency / management relationships and over 25 years of production experience to help buyers of headline / top name entertainers and does not claim or represent itself as the exclusive Incubus agent, manager or management company for any of the artists on our site.

Booking Entertainment does not claim or represent itself as the exclusive booking agency, business manager, publicist, speakers bureau or management for Incubus or any artists or celebrities on this website.