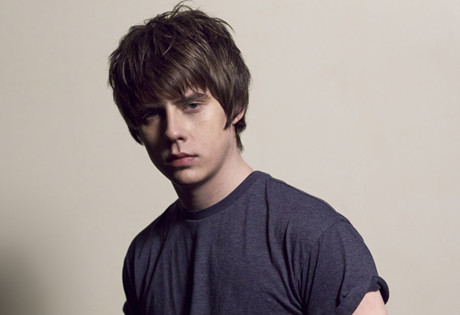 Start by filling out our no-obligation entertainment request form to check pricing and availability for Jake Bugg or whoever else you may want.

Our Jake Bugg agent will be happy to help you get Jake Bugg's availability and booking fee, or the price and availability for any other A-List entertainer, band, comedian or celebrity you may want for your corporate event, private party, wedding, birthday party or public show.

The English singer and songwriter known as Jake Bugg was born Jake Edwin Charles Kennedy in Nottingham in 1994.  Inspired by such artists as Jimi Hendrix, the Everly Brothers, and The Beatles, Jake began playing guitar while before he was a teenager, and by the time he was sixteen he’d initially set his sights on a career in music technology. Jake enrolled in a local college to study music engineering, but his inherent talent and desire to perform eventually led him to drop out and instead pursue a career as a musician.

When Jake Bugg was seventeen, he performed at the 2011 Glastonbury Festival as part of the “BBC Introducing” lineup, bringing his talents to the attention of Mercury Records. Bugg signed with the label, and released his self-titled debut album in the following year. Jake Bugg rose to the number one spot on the mainstream charts in the UK, and into the top twenty on charts in at least five other countries.

Jake Bugg set the stage for the follow-up, Shangri La, in 2013.  Notable singles from both albums include: “Taste It,” “Two Fingers,” “Seen It All,” “Broken,” “What Doesn’t Kill You,” “Messed Up Kids,” and the breakout single “Lightning Bolt,” which Bugg has performed on such high-profile television shows such as The Ellen DeGeneres Show, The Late Show with David Letterman, and The Tonight Show with Lay Leno. In addition, Jake has been nominated for multiple industry awards, including two BRIT Awards for British Breakthrough Act and British Male Solo Artist, a Mercury Prize, and an NME Award for Best Solo Artist. In 2013, he won the Q Award for Best New Act.

Bugg’s most recent release, On My One, arrived in the summer of 2016. The album rose into the top five on the UK charts and spawned the singles: “On My One,” “Gimme the Love,” and “Love, Hope and Misery.” In 2015, Jake Bugg earned an NME Award for Best Solo Artist and a Silver Clef Award for Best Male.

For more information on booking Jake Bugg, please contact Booking Entertainment. One of our top booking agents will be happy to work on your behalf to get you the best possible price to book any big name entertainer for your upcoming public, private or corporate event worldwide.

Booking Entertainment works to get the best possible Jake Bugg booking fee and Jake Bugg price for our clients while also providing the celebrity or famous entertainer with the level of professionalism and industry norms that they expect from an event run by a professional booking agency and production management.

Booking Entertainment uses our agency / management relationships and over 25 years of production experience to help buyers of headline / top name entertainers and does not claim or represent itself as the exclusive Jake Bugg agent, manager or management company for any of the artists on our site.

Booking Entertainment does not claim or represent itself as the exclusive booking agency, business manager, publicist, speakers bureau or management for Jake Bugg or any artists or celebrities on this website.