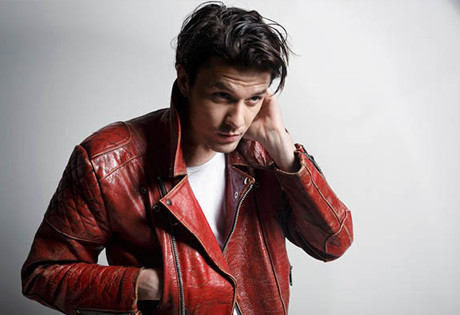 Start by filling out our no-obligation entertainment request form to check pricing and availability for James Bay or whoever else you may want.

Our James Bay agent will be happy to help you get James Bay's availability and booking fee, or the price and availability for any other A-List entertainer, band, comedian or celebrity you may want for your corporate event, private party, wedding, birthday party or public show.

The English guitarist and songwriter James Bay was born in 1990 and grew up in Hitchin, Hertfordshire. Bay began playing guitar while he was still in elementary school, largely inspired after hearing the classic song “Layla” by Eric Clapton. As a teenager, James began to perform around town at open mic nights, establishing a local fan base. After one of those fans uploaded a video of his performance to YouTube, Republic Records approached Bay to offer a recording contract.

After signing with Republic, James Bay released his debut EP, the Dark of the Morning, in 2013. Bay embarked on an extensive tour in support of his debut, and released a second EP, Let it Go, in the following year. Let it Go rose to the top of the iTunes album charts and spawned a title track which rose into the top ten on the UK mainstream charts. But Bay’s big breakthrough would come with the release of his debut album, Chaos and the Calm, which debuted at number one on the UK charts and rose to platinum status. The album spawned the hit single, “Hold Back the River,” which also rose to the top of the mainstream charts and earned James Bay three BRIT Award nominations, with a win for Best British Male Solo Artist.

James Bay is a star on the rise and definitely a performer to keep an eye on in the coming years. Bay was recently recognized with three Grammy Award nominations, for Best Rock Song, Best Rock Album, and Best New Artist.

For more information on booking James Bay, please contact Booking Entertainment. One of our top booking agents will be happy to work on your behalf to get you the best possible price to book any big name entertainer for your upcoming public, private or corporate event worldwide.

Booking Entertainment works to get the best possible James Bay booking fee and James Bay price for our clients while also providing the celebrity or famous entertainer with the level of professionalism and industry norms that they expect from an event run by a professional booking agency and production management.

Booking Entertainment uses our agency / management relationships and over 25 years of production experience to help buyers of headline / top name entertainers and does not claim or represent itself as the exclusive James Bay agent, manager or management company for any of the artists on our site.

Booking Entertainment does not claim or represent itself as the exclusive booking agency, business manager, publicist, speakers bureau or management for James Bay or any artists or celebrities on this website.