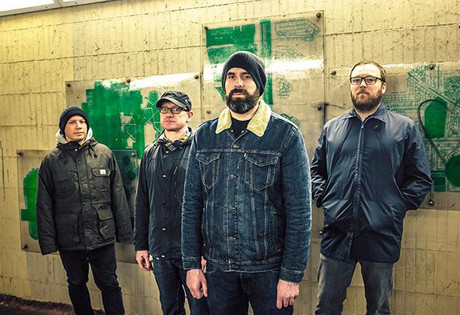 Start by filling out our no-obligation entertainment request form to check pricing and availability for Mogwai or whoever else you may want.

Our Mogwai agent will be happy to help you get Mogwai's availability and booking fee, or the price and availability for any other A-List entertainer, band, comedian or celebrity you may want for your corporate event, private party, wedding, birthday party or public show.

The Scottish rock band known as Mogwai was established in 1995 in Glasgow, founded by Martin Bulloch, Dominic Aitchison, and Stuart Braithwaite. After adding Brendan O’Hare and John Cummings to the lineup, Mogwai entered the studio in 1996 to record their debut album, Mogwai Young Team. The album was released in the following year, to moderate success.

Mogwai signed to Chemikal Underground, an indie label based in Glasgow, but eventually formed their own labels (Rock Action Records for the UK and Sub Pop for North American releases.) After Mogwai Young Team, the band released Come on Die Young (1999), followed by: Rock Action (2001), Happy Songs for Happy People (2003), Mr. Beast (2006), The Hawk is Howling (2008), and Hardcore Will Never Die, But You Will (2011.) In addition, in 2006 Mogwai began work on soundtracks, starting with the film Zidane: A 21st Century Portrait. Their work on Zidane was followed by the soundtrack to the Fountain (2006), and then Mogwai scored the music for the French TV series Les Revenants.

Most recently, Mogwait toured throughout the UK performing their soundtrack to Zidane, and they released their latest album, Rave Tapes, in 2014. Mogwai continues to perform and record with the current lineup of Braithwaite, Aitchison, Cummings, Bulloch and Barry Burns.

For more information on booking Mogwai, please contact Booking Entertainment. One of our top booking agents will be happy to work on your behalf to get you the best possible price to book any big name entertainer for your upcoming public, private or corporate event worldwide.

Booking Entertainment works to get the best possible Mogwai booking fee and Mogwai price for our clients while also providing the celebrity or famous entertainer with the level of professionalism and industry norms that they expect from an event run by a professional booking agency and production management.

Booking Entertainment uses our agency / management relationships and over 25 years of production experience to help buyers of headline / top name entertainers and does not claim or represent itself as the exclusive Mogwai agent, manager or management company for any of the artists on our site.

Booking Entertainment does not claim or represent itself as the exclusive booking agency, business manager, publicist, speakers bureau or management for Mogwai or any artists or celebrities on this website.