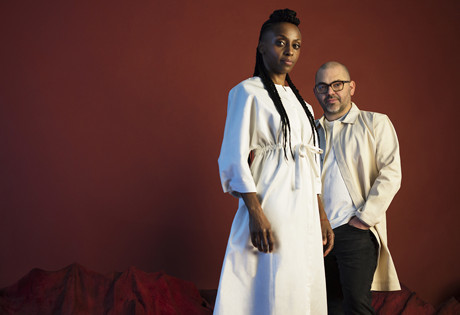 Start by filling out our no-obligation entertainment request form to check pricing and availability for Morcheeba or whoever else you may want.

Our Morcheeba agent will be happy to help you get Morcheeba's availability and booking fee, or the price and availability for any other A-List entertainer, band, comedian or celebrity you may want for your corporate event, private party, wedding, birthday party or public show.

The British band Morcheeba was established in the mid 1990’s, founded by Ross and Paul Godfrey. The brothers had been performing instrumental music together for a few years when they added vocalist Skye Edwards to become a trio performing an unusual blend of folk-rock, trip hop, rock, and pop. A fourth member, Pete Norris, was added as their studio programmer and engineer.

Morcheeba released their debut EP, Trigger Hippie, in 1985, followed by a debut album, Who Can You Trust? in 1996. A sophomore album, Big Calm, was moderately successful in 1998, but it was the album Fragments of Freedom which finally brought Morcheeba to UK’s top ten in 2000. The album featured the songs “Rome Wasn’t Built in a Day,” World Looking In,” and “Be Yourself,” which although it was only a moderate hit, has been covered five times by American Idol contestants.

Since their debut, Morcheeba has released the albums Charango (2002), The Antidote (2005), Dive Deep (2008), and Blood Like Lemonade (2010.) The albums have spawned the singles “Otherwise,” “Wonders Never Cease,” “Enjoy the Ride,” and “Even Though.” Although Morcheeba has been a moderately successful band, their music has found its way into pop culture and other media. The song “Everybody Loves a Loser” was featured on the television series Hung, and “Never an Easy Way” was featured in an episode of the television show Buffy the Vampire Slayer.

Morcheeba continues to perform and record. The band’s most recent release is the album Head Up High, which arrived in the fall of 2013.

For more information on booking Morcheeba, please contact Booking Entertainment. One of our top booking agents will be happy to work on your behalf to get you the best possible price to book any big name entertainer for your upcoming public, private or corporate event worldwide.

Booking Entertainment works to get the best possible Morcheeba booking fee and Morcheeba price for our clients while also providing the celebrity or famous entertainer with the level of professionalism and industry norms that they expect from an event run by a professional booking agency and production management.

Booking Entertainment uses our agency / management relationships and over 25 years of production experience to help buyers of headline / top name entertainers and does not claim or represent itself as the exclusive Morcheeba agent, manager or management company for any of the artists on our site.

Booking Entertainment does not claim or represent itself as the exclusive booking agency, business manager, publicist, speakers bureau or management for Morcheeba or any artists or celebrities on this website.