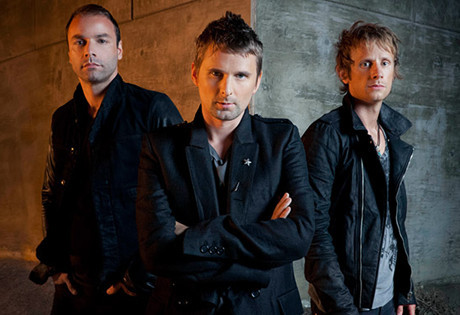 Start by filling out our no-obligation entertainment request form to check pricing and availability for Muse or whoever else you may want.

Wondering how to book Muse for your event? Let Booking Entertainment be Your entertainment booking agency for booking Muse for events worldwide.

Our Muse agent will be happy to help you get Muse's availability and booking fee, or the price and availability for any other A-List entertainer, band, comedian or celebrity you may want for your corporate event, private party, wedding, birthday party or public show.

The progressive rock band Muse was founded in Devon, England, in the early 1990’s. Original members Dominic Howard, Matthew Bellamy, and Christopher Wolstenholme had performed in a variety of different bands while in college, but the three came together to form Muse in 1994. The band started off with local performances, building a fan base in London and the surrounding area, before garnering the interest of some music industry professionals in support of the band’s first recordings.

The EP Muse was released in 1998, followed by the EP Muscle Museum, and both brought Muse to the attention of indie radio stations and promoters. After a performance at Woodstock in 1999, Muse began working on its debut album, Showbiz, which released later that same year.  Origin of Symmetry followed in 2001, brining Muse to a never level of critical acclaim and the band’s first major label deal.

Since that time, Muse has released the albums Absolution (2003), Black Holes and Revelations (2006), and The Resistance (2009), featuring a number of singles which have reached into the top 20 on the UK charts: “Unintended,” “Plug In Baby,” “New Born,” “Dead Star,” “In Your World,” “Time Is Running Out,” “Hysteria,” “Sing for Absolution,” “Butterflies and Hurricanes,” “Supermassive Black Hole,” “Starlight,” “Knights of Cydonia,” “Uprising,” and “Neutron Star Collision.” Muse has performed worldwide at a variety of venues and events, including the Reading and Leeds Festival and Lollapalooza.

For more information on booking Muse, please contact Booking Entertainment. One of our top booking agents will be happy to work on your behalf to get you the best possible price to book any big name entertainer for your upcoming public, private or corporate event worldwide.

Booking Entertainment works to get the best possible Muse booking fee and Muse price for our clients while also providing the celebrity or famous entertainer with the level of professionalism and industry norms that they expect from an event run by a professional booking agency and production management.

Booking Entertainment uses our agency / management relationships and over 25 years of production experience to help buyers of headline / top name entertainers and does not claim or represent itself as the exclusive Muse agent, manager or management company for any of the artists on our site.

Booking Entertainment does not claim or represent itself as the exclusive booking agency, business manager, publicist, speakers bureau or management for Muse or any artists or celebrities on this website.