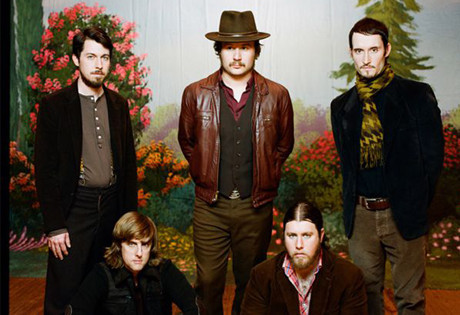 Start by filling out our no-obligation entertainment request form to check pricing and availability for My Morning Jacket or whoever else you may want.

Our My Morning Jacket agent will be happy to help you get My Morning Jacket's availability and booking fee, or the price and availability for any other A-List entertainer, band, comedian or celebrity you may want for your corporate event, private party, wedding, birthday party or public show.

The rock band My Morning Jacket was established in the late 1990’s in Louisville, Kentucky, founded by musician Jim James. The band released its debut album, The Tennessee Fire, in 1999, and in the decade following My Morning Jacket has since become a rock sensation, with a strong fan base and frequent performances at large international film festivals.

My Morning Jacket’s album releases since (At Dawn, 2001; It Still Moves, 2003; Z, 2005; Evil Urges, 2008; and Circuital, 2011) have spawned music which has found its way into some of the last decade’s most successful films and television shows. The song “Goin’ to Acapulco” is featured in the film I’m Not There, and “I’m Amazed” is featured in He’s Just Not That Into You. Multiple singles have appeared on such television shows as American Dad!, How I Met Your Mother, House, The Vampire Diaries, Gossip Girl, and Fringe. In addition, My Morning Jacket has performed on nearly every major late night talk show, including The Tonight Show with Jay Leno, Late Night with Conan O’Brien, the Late Late show with Craig Ferguson, and Late Night with Jimmy Fallon. The band also performed “I’m Amazed” and “Evil Urges” on Saturday Night Live in 2008 and for CNN’s New Years Eve show in 2009.

My Morning Jacket’s live performances are known for their duration and high intensity. Most notable is the band’s appearance at the Bonnaroo Music Festival in 2008, which began after midnight and still lasted for nearly four hours. My Morning Jacket continues to perform and record with the current lineup of Jim James, Tom Blankenship, Patrick Hallahan, Bo Koster, and Carl Broemel.

For more information on booking My Morning Jacket, please contact Booking Entertainment. One of our top booking agents will be happy to work on your behalf to get you the best possible price to book any big name entertainer for your upcoming public, private or corporate event worldwide.

Booking Entertainment works to get the best possible My Morning Jacket booking fee and My Morning Jacket price for our clients while also providing the celebrity or famous entertainer with the level of professionalism and industry norms that they expect from an event run by a professional booking agency and production management.

Booking Entertainment uses our agency / management relationships and over 25 years of production experience to help buyers of headline / top name entertainers and does not claim or represent itself as the exclusive My Morning Jacket agent, manager or management company for any of the artists on our site.

Booking Entertainment does not claim or represent itself as the exclusive booking agency, business manager, publicist, speakers bureau or management for My Morning Jacket or any artists or celebrities on this website.