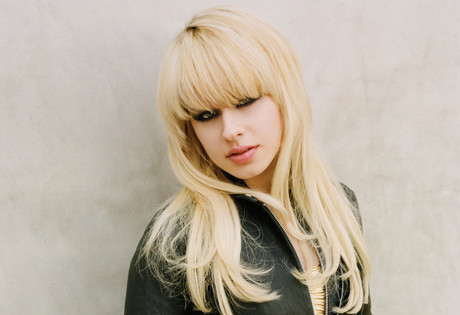 Start by filling out our no-obligation entertainment request form to check pricing and availability for Orianthi or whoever else you may want.

Our Orianthi agent will be happy to help you get Orianthi's availability and booking fee, or the price and availability for any other A-List entertainer, band, comedian or celebrity you may want for your corporate event, private party, wedding, birthday party or public show.

The Australian musician, guitarist, and singer known as Orianthi was born Orianthi Panagaris in 1985 in Adelaide. Orianthi rose to recognition in the music industry as one of Michael Jackson’s last guitarists, scheduled to perform for his This Is It concert series, just before the musicians untimely death. But long before Orianthi began her work with Jackson, she began studying piano and guitar while still in elementary school. By the time she was a teenager, she’d developed an interest in writing music, and she began to entertain the possibility of music as a career more seriously.

By the time Orianthi was only eighteen, she was already collaborating in live sessions with such notable musicians as Carlos Santana. By 2006, she’d garnered the attention of Geffen Records, with which she signed in 2006, shortly after releasing her independent debut, Violet Journey. But it was Orianthi’s live performance at the 51st Grammy Awards, as Carrie Underwood’s guitarist, that brought her to the attention of Michael Jackson’s management. After Jackson’s unfortunate passing, Orianthi performed at his memorial, capturing the hearts of the millions who viewed the event.

Following the enormously positive response, Orianthi began working on her major label debut album, Believe, which was released in 2009. The album featured the top twenty hit “According to You,” and the additional songs “Shut Up and Kiss Me” and “Courage” (with Lacey Sturm.) During the same time, Orianthi collaborated with a number of other artists on their singles as well, and her voice can be heard on the songs: “Don’t Waste the Pretty” (with Allison Iraheta); “Walk This Way” (with David Garrett); “Can’t Breathe” (with Fefe Dobson); “Steel Bars” (with Michael Bolton); “Little Sister” (with Tokyo Police Club); “Saadda Haq” (with Mohit Chauhan); “Girl in a Catsuit” (with Dave Stewart); and “High” (with The Fairchilds.)

Orianthi’s studio work as a guitarist is also featured on Mary J. Blige’s “Stairway to Heaven”; My Darkest Days’ “Set It On Fire”; and Adam Lambert’s “Sleepwalker.” Most recently, Orianthi released her sohopmore album, Heaven in This Hell, in 2013.

For more information on booking Orianthi, please contact Booking Entertainment. One of our top booking agents will be happy to work on your behalf to get you the best possible price to book any big name entertainer for your upcoming public, private or corporate event worldwide.

Booking Entertainment works to get the best possible Orianthi booking fee and Orianthi price for our clients while also providing the celebrity or famous entertainer with the level of professionalism and industry norms that they expect from an event run by a professional booking agency and production management.

Booking Entertainment uses our agency / management relationships and over 25 years of production experience to help buyers of headline / top name entertainers and does not claim or represent itself as the exclusive Orianthi agent, manager or management company for any of the artists on our site.

Booking Entertainment does not claim or represent itself as the exclusive booking agency, business manager, publicist, speakers bureau or management for Orianthi or any artists or celebrities on this website.