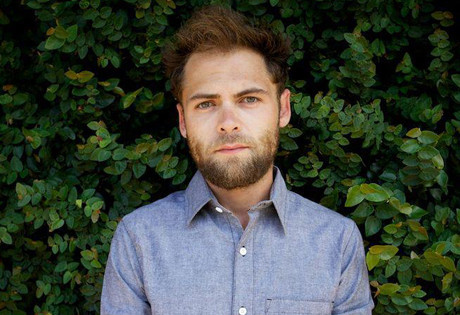 Start by filling out our no-obligation entertainment request form to check pricing and availability for Passenger or whoever else you may want.

Our Passenger agent will be happy to help you get Passenger's availability and booking fee, or the price and availability for any other A-List entertainer, band, comedian or celebrity you may want for your corporate event, private party, wedding, birthday party or public show.

The English folk rock singer Passenger was born Michael David Rosenberg in 1984 in East Sussex. Rosenberg’s performance moniker was adopted after he left the band of the same name, when Passenger dissolved in 2009. Long before he even joined Passenger, though, Michael studied guitar and composition as a teenager, ultimately leaving school at sixteen to pursue a career in music.

In 2003, the band Passenger was formed and four years later they released their only album, Wicked Man’s Rest. The group disbanded only two years later, and so Rosenberg adopted the name Passenger and continued on as a solo act. A trip to Australia to perform in support of other musicians helped to increase his following in that country, even before he released his debut album, Wide Eyes Blind Love, in 2009. The album performed well, and paved the way for Flight of the Crow, which was recorded in Australia with the support of some of the country’s most notable independent talents, including Josh Pyke, Katie Noonan, and Kate Miller-Heidke.

But it was All the Little Lights, released in 2012, that brought Passenger the international acclaim he’d been seeking. The lead single from the album, “Let Her Go,” rose to the number one spot in ten countries, bringing Passenger a BRIT Award nomination for British Single of the Year. Since then, Passenger has also released the album Whispers (2014), featuring the songs “Scare Away the Dark” and “Hearts on Fire.” Passenger is a star on the rise, just getting stared, and definitely an artist to watch.

For more information on booking Passenger, please contact Booking Entertainment. One of our top booking agents will be happy to work on your behalf to get you the best possible price to book any big name entertainer for your upcoming public, private or corporate event worldwide.

Booking Entertainment works to get the best possible Passenger booking fee and Passenger price for our clients while also providing the celebrity or famous entertainer with the level of professionalism and industry norms that they expect from an event run by a professional booking agency and production management.

Booking Entertainment uses our agency / management relationships and over 25 years of production experience to help buyers of headline / top name entertainers and does not claim or represent itself as the exclusive Passenger agent, manager or management company for any of the artists on our site.

Booking Entertainment does not claim or represent itself as the exclusive booking agency, business manager, publicist, speakers bureau or management for Passenger or any artists or celebrities on this website.