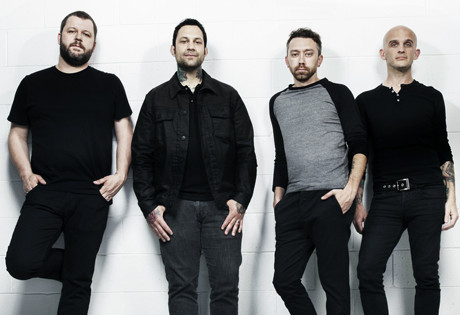 Start by filling out our no-obligation entertainment request form to check pricing and availability for Rise Against or whoever else you may want.

Our Rise Against agent will be happy to help you get Rise Against's availability and booking fee, or the price and availability for any other A-List entertainer, band, comedian or celebrity you may want for your corporate event, private party, wedding, birthday party or public show.

The punk rock band Rise Against was established in Chicago in 1999 by founding members Joe Principe, Tim McIlrath, Mr. Precision, and Toni Tintari. Shortly after forming, Rise Against signed their first recording contract and released The Unraveling (2001), their debut album, and began a supporting tour. The album performed well enough to pave the way for their sophomore effort, Revolutions per Minute, which brought the band to the attention of Geffen Records, with which they signed in 2003.

But it was their third album, Siren Song of the Counter Culture, which brought Rise Against into the Billboard charts, reaching gold status and spawning the singles “Give It All,” “Swing Life Away,” and “Life Less Frightening”. Since that time, Rise Against has released The Suffer & the Witness (2006), Appeal to Reason (2008), and Endgame (2011), giving audiences the songs “Ready to Fall,” “Prayer of the Refugee,” “The Good Left Undone,” “Re-Education (Through Labor),” “Audience of One,” “Savior,” “Help is on the Way,” “Make It Stop (September’s Children),” and “Wait for Me.”

Rise Against continues to perform and record with the current lineup of McIlrath, Principe, Brandon Barnes, and Zach Blair. The band recently performed for the first time in South Africa, and shortly after returning they re-entered the studio to begin work on their next studio album, set for release in 2014.

Hiring Rise Against For Corporate Events, Private Parties And Public Concerts Is Easy With Booking Entertainment

For more information on booking Rise Against, please contact Booking Entertainment. One of our top booking agents will be happy to work on your behalf to get you the best possible price to book any big name entertainer for your upcoming public, private or corporate event worldwide.

Booking Entertainment works to get the best possible Rise Against booking fee and Rise Against price for our clients while also providing the celebrity or famous entertainer with the level of professionalism and industry norms that they expect from an event run by a professional booking agency and production management.

Booking Entertainment uses our agency / management relationships and over 25 years of production experience to help buyers of headline / top name entertainers and does not claim or represent itself as the exclusive Rise Against agent, manager or management company for any of the artists on our site.

Booking Entertainment does not claim or represent itself as the exclusive booking agency, business manager, publicist, speakers bureau or management for Rise Against or any artists or celebrities on this website.