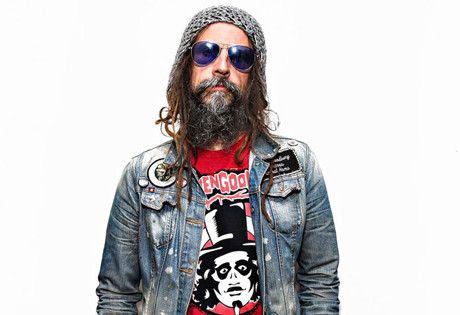 Start by filling out our no-obligation entertainment request form to check pricing and availability for Rob Zombie or whoever else you may want.

Our Rob Zombie agent will be happy to help you get Rob Zombie's availability and booking fee, or the price and availability for any other A-List entertainer, band, comedian or celebrity you may want for your corporate event, private party, wedding, birthday party or public show.

Rob Zombie was born in 1965 in Haverhill, Massachusetts. Young Rob grew up inspired by both rock music and horror films, but his first aspirations were in the area of art, and he attended the Parsons School of Design in New York before establishing the band White Zombie in the mid 1980’s. Rob rose to fame as the front man for the group, giving audiences such hits as  “Thunder Kiss ’65,” “More Human than Human,” and the chart-topping album Astro-Creep: 2000 – Songs of Love, Destruction and Other Synthetic Delusions of the Electric Head.

White Zombie disbanded in 1997, and Rob Zombie launched a solo career, releasing the album Hellbilly Deluxe: 13 Tales of Cadaverous Cavorting Inside the Spookshow International in 1998. The album debuted at the top of the charts, at number five, and surpasses the record sales of any previous White Zombie album. The album reached multi-platinum status and spawned the singles “Dragula,” “Superbeast,” and “Living Dead Girl,” obviously tapping into Rob Zombie’s fascination with the macabre. Since then, Rob Zombie has released the albums The Sinister Urge (2001), Educated Horses (2006), Hellbilly Deluxe 2: Noble Jackals, Penny Dreadfuls and the Systematic Dehumanization of Cool (2010), and Venomous Rat Regeneration Vendor (2013.) In total, Rob Zombie has so far sold more than fifteen million albums worldwide.

Rob Zombie continues to perform, record, act, and direct. He most recently completed a US and European tour alongside Marilyn Manson.

For more information on booking Rob Zombie, please contact Booking Entertainment. One of our top booking agents will be happy to work on your behalf to get you the best possible price to book any big name entertainer for your upcoming public, private or corporate event worldwide.

Booking Entertainment works to get the best possible Rob Zombie booking fee and Rob Zombie price for our clients while also providing the celebrity or famous entertainer with the level of professionalism and industry norms that they expect from an event run by a professional booking agency and production management.

Booking Entertainment uses our agency / management relationships and over 25 years of production experience to help buyers of headline / top name entertainers and does not claim or represent itself as the exclusive Rob Zombie agent, manager or management company for any of the artists on our site.

Booking Entertainment does not claim or represent itself as the exclusive booking agency, business manager, publicist, speakers bureau or management for Rob Zombie or any artists or celebrities on this website.