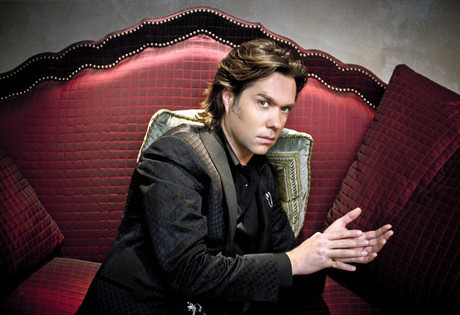 Start by filling out our no-obligation entertainment request form to check pricing and availability for Rufus Wainwright or whoever else you may want.

Our Rufus Wainwright agent will be happy to help you get Rufus Wainwright's availability and booking fee, or the price and availability for any other A-List entertainer, band, comedian or celebrity you may want for your corporate event, private party, wedding, birthday party or public show.

The singer and songwriter Rufus Wainwright was born in 1973 in Rhinebeck, New York. As the child of two folk singers, it was no surprise that Wainwright would grow up to become a talented and dedicated musician who began his studies with the piano at the age of six. By the time Rufus was a teenager, he was touring with a folk group and within a few years, he’d already earned his first award nominations for his compositions.

Eventually, Rufus Wainwright recorded a series of demo tapes which garnered the attention of DreamWorks. Wainwright’s self-titled debut album was released shortly thereafter, in 1998, and received critical acclaim from nearly every industry reviewer, including Rolling Stone, which recognized the album as one of the best of the year. The album was not a commercial success, however, and so Wainwright returned to the studio to prepare for his second album. Poses (2001) did not fare much better, but beginning with Want One, in 2003, Rufus Wainwright began to experience a steady upswing in popularity which has made him one of the era’s most acclaimed composers.

Since Want One, Wainwright has gone on to release the albums: Want Two (2004), Release the Stars (2007), Milwaukee at Last!! (2009), All Days Are Nights: Songs for Lulu (2010), House of Rufus (2011), and Out of the Game (2012.) The albums have spawned a number of successful songs, most notably his cover of Leonard Cohen’s “Hallelujah,” for which Rufus Wainwright has become well-known. Wainwright has also appeared in a number of film roles, including Heights and The Aviator, although his film work is more frequently in the role of composer. Rufus has provided tracks for such blockbuster hits as Shrek, Brokeback Mountain, I am Sam, and Meet the Robinsons.

For more information on booking Rufus Wainwright, please contact Booking Entertainment. One of our top booking agents will be happy to work on your behalf to get you the best possible price to book any big name entertainer for your upcoming public, private or corporate event worldwide.

Booking Entertainment works to get the best possible Rufus Wainwright booking fee and Rufus Wainwright price for our clients while also providing the celebrity or famous entertainer with the level of professionalism and industry norms that they expect from an event run by a professional booking agency and production management.

Booking Entertainment uses our agency / management relationships and over 25 years of production experience to help buyers of headline / top name entertainers and does not claim or represent itself as the exclusive Rufus Wainwright agent, manager or management company for any of the artists on our site.

Booking Entertainment does not claim or represent itself as the exclusive booking agency, business manager, publicist, speakers bureau or management for Rufus Wainwright or any artists or celebrities on this website.