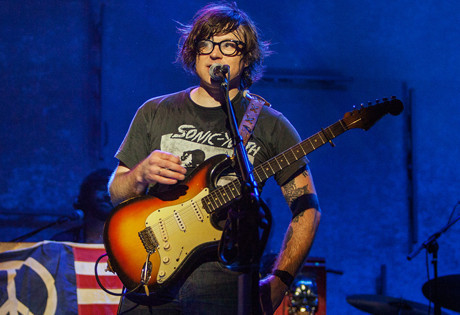 Start by filling out our no-obligation entertainment request form to check pricing and availability for Ryan Adams or whoever else you may want.

Our Ryan Adams agent will be happy to help you get Ryan Adams's availability and booking fee, or the price and availability for any other A-List entertainer, band, comedian or celebrity you may want for your corporate event, private party, wedding, birthday party or public show.

Ryan Adams was born in 1974 in Jacksonville, North Carolina. Ryan’s earliest interest in music actually began as a writer, penning poetry long before he picked up his first guitar as a teenager.  But upon starting his first guitar lessons, young Ryan found his niche, and while still in high school, the young Adams began performing in a number of bands.

Most of these endeavors were short lived, however, until Ryan Adams left his education behind to found the band Whiskeytown. Whiskeytown which would eventually bring him his first taste of success. Whiskeytown’s debut, Faithless Street, was an interesting alternative country mix and earned both critical acclaim and commercial success. The group released three albums: Faithless Street (1995), Strangers Almanac (1997), and Pneumonia (2001), but the band dissolved around the turn of the millennium, at which time Ryan Adams launched his solo career.

Heartbreaker, Ryan’s solo debut, arrived in 2000 and featured a slightly more folk country sound, but it was slow to rise on the charts. Adam’s follow-up, Gold, came the next year and garnered a bit more success, but his big breakthrough came through an unfortunate turn of events; shooting for the album’s first video single, “New York, New York,” happened to occur only days before the attacks of 9/11. Thus, Ryan Adams found himself with a much sought-after video which garnered hours and hours of airplay simply because of its location and proximity to the timing of events.

For more information on booking Ryan Adams, please contact Booking Entertainment. One of our top booking agents will be happy to work on your behalf to get you the best possible price to book any big name entertainer for your upcoming public, private or corporate event worldwide.

Booking Entertainment works to get the best possible Ryan Adams booking fee and Ryan Adams price for our clients while also providing the celebrity or famous entertainer with the level of professionalism and industry norms that they expect from an event run by a professional booking agency and production management.

Booking Entertainment uses our agency / management relationships and over 25 years of production experience to help buyers of headline / top name entertainers and does not claim or represent itself as the exclusive Ryan Adams agent, manager or management company for any of the artists on our site.

Booking Entertainment does not claim or represent itself as the exclusive booking agency, business manager, publicist, speakers bureau or management for Ryan Adams or any artists or celebrities on this website.