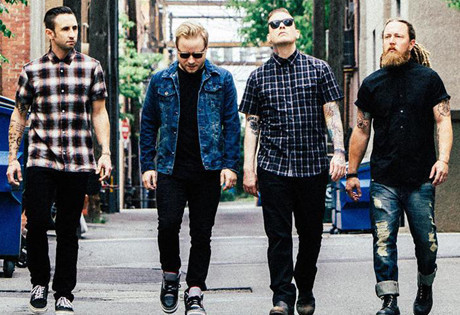 Start by filling out our no-obligation entertainment request form to check pricing and availability for Shinedown or whoever else you may want.

Our Shinedown agent will be happy to help you get Shinedown's availability and booking fee, or the price and availability for any other A-List entertainer, band, comedian or celebrity you may want for your corporate event, private party, wedding, birthday party or public show.

The rock band Shinedown was formed in Jacksonville, Florida by founding members Barry Kerch, Brent Smith, Jasin Todd, and Brad Stewart. Shinedown released Leave a Whisper, their debut album, in 2003, featuring the singles “Burning Bright” and “Fly from the Inside.” The album performed well, garnering the band both commercial and critical success, and set the stage for Shinedown’s sophomore effort, which would become their mainstream breakthrough.

The album Us and Them spawned multiple hit singles upon its released in 2005. The song “Save Me” reached the number one spot on the rock charts and remained there for a staggering twelve weeks. The songs “I Dare You” and “Heroes” also fared well, the former being performed by Chris Daughtry during his competition on American Idol. Eventually, the album reached gold status, and since that time Shinedown has given audiences the studio albums The Sound of Madness (2008) and Amaryllis (2012), plus the live albums Live from the Inside (2005) and Somewhere in the Stratosphere (2011.) The albums have spawned the singles “Second Chance,” “Sound of Madness,” “If You Only Knew,” “The Crow & the Butterfly,” “Bully,” “Unity,” “Enemies,” and “I’ll Follow You.”

Shinedown continues to perform and record with the current lineup of Kerch, Smith, Zach Myers, and Eric Bass. So far, the band has sold more than six million albums worldwide.

For more information on booking Shinedown, please contact Booking Entertainment. One of our top booking agents will be happy to work on your behalf to get you the best possible price to book any big name entertainer for your upcoming public, private or corporate event worldwide.

Booking Entertainment works to get the best possible Shinedown booking fee and Shinedown price for our clients while also providing the celebrity or famous entertainer with the level of professionalism and industry norms that they expect from an event run by a professional booking agency and production management.

Booking Entertainment uses our agency / management relationships and over 25 years of production experience to help buyers of headline / top name entertainers and does not claim or represent itself as the exclusive Shinedown agent, manager or management company for any of the artists on our site.

Booking Entertainment does not claim or represent itself as the exclusive booking agency, business manager, publicist, speakers bureau or management for Shinedown or any artists or celebrities on this website.