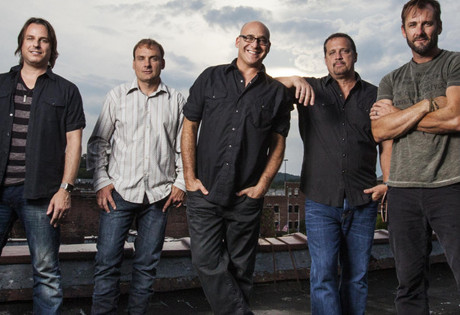 Start by filling out our no-obligation entertainment request form to check pricing and availability for Sister Hazel or whoever else you may want.

Our Sister Hazel agent will be happy to help you get Sister Hazel's availability and booking fee, or the price and availability for any other A-List entertainer, band, comedian or celebrity you may want for your corporate event, private party, wedding, birthday party or public show.

The alternative rock band Sister Hazel was established in Gainesville, Florida, in the early 1990’s. After performing around the local area for a few years, the band self-released its debut, Sister Hazel, in 1994. The album experienced moderate success, creating a small buzz and spreading in popularity by word of mouth, but it was Sister Hazel’s sophomore effort, …Somewhere More Familiar, that garnered the attention of Universal Records upon its release in 1997.

Universal re-released …Somewhere More Familiar, featuring the hit single “All For You,” which rose into the top twenty on the mainstream charts. The album reached platinum status, and paved the way for Sister Hazel’s future albums: Fortress (2000), Chasing Daylight (177), Lift (2004), Absolutely (2006), Release (2009), and Heartland Highway (2010.) Alternative and Adult Contemporary hits from the albums include “Happy,” “Change Your mind,” “Champagne High,” “Your Mistake,” “Life Got in the Way,” and “Mandolin Moon.”

Sister Hazel’s music has been featured in a number of film soundtracks, including: 10 Things I Hate About You, Bedazzled, The Wedding Planner, and Major League: Back to the Minors. The song “Where Do You Go” was also featured on the television series Scrubs in its sixth season. Sister Hazel is also known for its cover of the  Fleetwood Mac classic “Gold Dust Woman,” which appeared on the Fleetwood Mac tribute album, Legacy: A Tribute to Fleetwood Mac’s Rumours.

Sister Hazel’s current lineup of Ken Block, Jett Beres, Andrew Copeland, Ryan Newell, and Mark Trojanowski continues to perform, although the band has not released any new material for a few years.

For more information on booking Sister Hazel, please contact Booking Entertainment. One of our top booking agents will be happy to work on your behalf to get you the best possible price to book any big name entertainer for your upcoming public, private or corporate event worldwide.

Booking Entertainment works to get the best possible Sister Hazel booking fee and Sister Hazel price for our clients while also providing the celebrity or famous entertainer with the level of professionalism and industry norms that they expect from an event run by a professional booking agency and production management.

Booking Entertainment uses our agency / management relationships and over 25 years of production experience to help buyers of headline / top name entertainers and does not claim or represent itself as the exclusive Sister Hazel agent, manager or management company for any of the artists on our site.

Booking Entertainment does not claim or represent itself as the exclusive booking agency, business manager, publicist, speakers bureau or management for Sister Hazel or any artists or celebrities on this website.