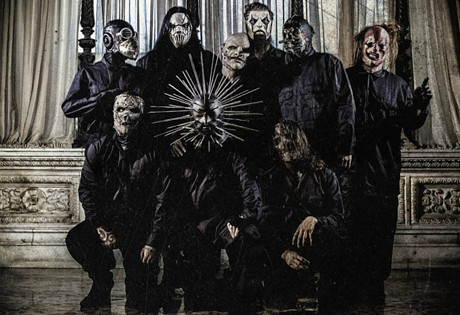 Start by filling out our no-obligation entertainment request form to check pricing and availability for Slipknot or whoever else you may want.

Our Slipknot agent will be happy to help you get Slipknot 's availability and booking fee, or the price and availability for any other A-List entertainer, band, comedian or celebrity you may want for your corporate event, private party, wedding, birthday party or public show.

The heavy metal band Slipknot was founded in Iowa in 1995 by Paul Gray and Shawn Crahan. After inviting others musicians to join the group, Slipknot entered the studio in 1996 and completely self-financed their debut album. Mate. Feed. Kill. Repeat. was released on Halloween of the same year, and Slipknot began working actively to garner attention from record labels.

In need of a frontman with more melodic capabilities, Slipknot recruited Corey Taylor from Stone Sour to join the group. The change was a move in the right drieciton; Slipknot’s second album endeavor garnered a seven-album deal from Roadrunner Records and emerged with a major label debut, Iowa, in 2001. The album was a huge success, spawning the hit singles “Left Behind,” “The Heretic Anthem,” and “My Plague,” which was featured in the film Resident Evil.

Slipknot released the albums Vol. 3: (The Subliminal Verses) and 9.0: Live in 2005, featuring the songs “Vermilion,” “Before I Forget,” “The Nameless,” “All Hope is Gone,” “Psychosocial,” “Dead Memories,” “Sulfur,” and “Snuff.” A hiatus followed, and the individual members of Slipknot went on to pursue other endeavors, until founding member Paul Gray was lost suddenly to an accidental drug overdose. Nevertheless, Slipknot returned to the studio and has since regrouped, releasing the album All Hope is Gone (2010.)

Slipknot has been nominated for Grammy Awards seven time, winning in 2006 for the song “Before I Forget,” for Best Metal Performance. They also established their own music festival, Knotfest, in 2012. Slipknot continues to perform and record with the current lineup of: Sid Wilson, Chris Fehn, Jim Root, Craig Jones, Shawn Crahan, Mick Thomson, and Corey Taylor. Slipknot recently returned to the studio to work on their fifth studio album, set for release in 2014.

For more information on booking Slipknot , please contact Booking Entertainment. One of our top booking agents will be happy to work on your behalf to get you the best possible price to book any big name entertainer for your upcoming public, private or corporate event worldwide.

Booking Entertainment works to get the best possible Slipknot booking fee and Slipknot price for our clients while also providing the celebrity or famous entertainer with the level of professionalism and industry norms that they expect from an event run by a professional booking agency and production management.

Booking Entertainment uses our agency / management relationships and over 25 years of production experience to help buyers of headline / top name entertainers and does not claim or represent itself as the exclusive Slipknot agent, manager or management company for any of the artists on our site.

Booking Entertainment does not claim or represent itself as the exclusive booking agency, business manager, publicist, speakers bureau or management for Slipknot or any artists or celebrities on this website.