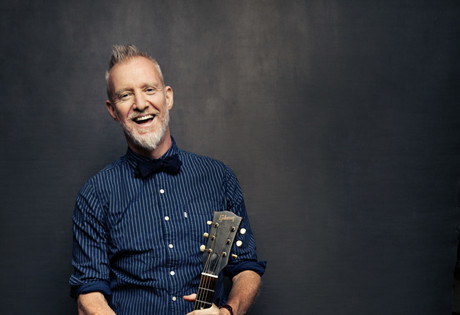 Start by filling out our no-obligation entertainment request form to check pricing and availability for Spin Doctors or whoever else you may want.

Our Spin Doctors agent will be happy to help you get Spin Doctors's availability and booking fee, or the price and availability for any other A-List entertainer, band, comedian or celebrity you may want for your corporate event, private party, wedding, birthday party or public show.

The Spin Doctors were formed in New York City in the late 1980’s, founded initially as the band Trucking Company. The band’s original members consisted of John Popper, Eric Schenkman, and Chris Barron. John Popper left the band, and Mark White and Aaron Comess joined, and the band changed its name to Spin Doctors in 1989.

After signing with  Epic Records in the early 1990’s, Spin Doctors released their debut, Pocket Full of Kryptonite, in 1991 and began an extensive touring schedule, often performing alongside alongside such notable bands as Blues Traveler, Widespread Panic, and Phish. The album’s lead single, “Little Miss Can’t Be Wrong,” quickly shot up to the top of the charts, eventually bringing the album to multi-platinum status and spawning the additional hits “What Time Is It,” “Jimmy Olsen’s Blues,” and “How Could You Want Him (When You Know You Could Have Me?).” A performance on Saturday Night Live further increased Spin Doctors’ popularity, and set the stage for a career which would span two decades.

Since that time, Spin Doctors have released the albums Turn it Upside Down, You’ve Got to Believe in Something, Here Comes the Bride, and Nice Talking to Me, the latter of which arrived in 2005 and began an eight year hiatus for the band. The albums spawned the singles “Cleopatra’s Cat,” “Mary Jane,” “You Let Your Heart Go Too Fast,” and “She Used to Be Mine.” Spin Doctors received a nomination for Favorite Pop/Rock Album at the American Music Awards in 1994, and another nomination for Best Rock Performance by a Duo or Group with Vocal at the 36th Grammy Awards.

Most recently, Spin Doctors reunited to launch a twentieth anniversary tour in 2011, and surprised fans with a new album release, If the River Was Whiskey, in 2013. Spin Doctors continues to perform and record with the current lineup of Schenkman, Barron, White, and Comess.

For more information on booking Spin Doctors, please contact Booking Entertainment. One of our top booking agents will be happy to work on your behalf to get you the best possible price to book any big name entertainer for your upcoming public, private or corporate event worldwide.

Booking Entertainment works to get the best possible Spin Doctors booking fee and Spin Doctors price for our clients while also providing the celebrity or famous entertainer with the level of professionalism and industry norms that they expect from an event run by a professional booking agency and production management.

Booking Entertainment uses our agency / management relationships and over 25 years of production experience to help buyers of headline / top name entertainers and does not claim or represent itself as the exclusive Spin Doctors agent, manager or management company for any of the artists on our site.

Booking Entertainment does not claim or represent itself as the exclusive booking agency, business manager, publicist, speakers bureau or management for Spin Doctors or any artists or celebrities on this website.