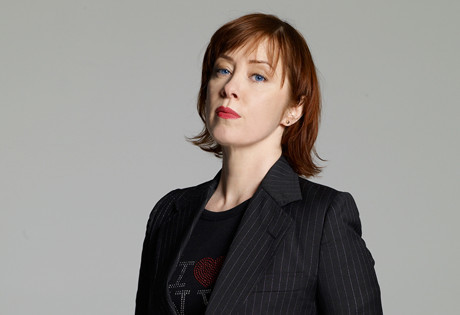 Start by filling out our no-obligation entertainment request form to check pricing and availability for Suzanne Vega or whoever else you may want.

Our Suzanne Vega agent will be happy to help you get Suzanne Vega's availability and booking fee, or the price and availability for any other A-List entertainer, band, comedian or celebrity you may want for your corporate event, private party, wedding, birthday party or public show.

The American singer and songwriter Suzanne Vega was born in 1959 in Santa Monica, California. Long before Suzanne rose to fame with her breakthrough hit “Luka” in the late 1980’s, she moved with her family to New York City and spent her formative years growing up in Spanish Harlem. Vega began writing lyrics and music at the age of fourteen, and after being accepted to LaGuardia High School (formerly the New York High School of the Performing Arts), she started performing around the Greenwich Village area, establishing a local following.

Within a short period of time, Vega’s talents caught the attention of an A&R representative who signed Suzanne to her first record deal. In 1985, Suzanne Vega released her self-titled debut, which rose to the top of the charts in the UK and was praised by critics in the United States. In the following year, Vega’s song “Left of Center” was chosen for inclusion in the film Pretty in Pink, bringing the performer further recognition and a top forty single on the British charts. But it was Suzanne Vega’s sophomore effort, Solitude Standing, that spawned the mega-hit “Luka,” which brought Vega to the forefront of the music scene and made her a household name.

Suzanne Vega continues to perform and record. She most recently released the album Tales from the Realm of the Queen of Pentacles, in 2014. The album features the single “Fool’s Complaint.”

For more information on booking Suzanne Vega, please contact Booking Entertainment. One of our top booking agents will be happy to work on your behalf to get you the best possible price to book any big name entertainer for your upcoming public, private or corporate event worldwide.

Booking Entertainment works to get the best possible Suzanne Vega booking fee and Suzanne Vega price for our clients while also providing the celebrity or famous entertainer with the level of professionalism and industry norms that they expect from an event run by a professional booking agency and production management.

Booking Entertainment uses our agency / management relationships and over 25 years of production experience to help buyers of headline / top name entertainers and does not claim or represent itself as the exclusive Suzanne Vega agent, manager or management company for any of the artists on our site.

Booking Entertainment does not claim or represent itself as the exclusive booking agency, business manager, publicist, speakers bureau or management for Suzanne Vega or any artists or celebrities on this website.