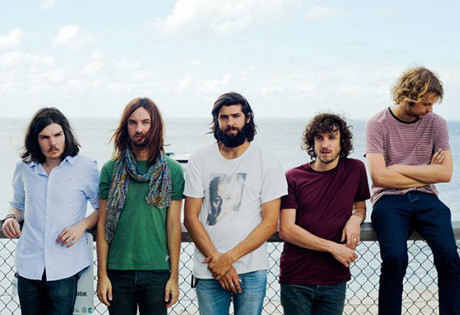 Start by filling out our no-obligation entertainment request form to check pricing and availability for Tame Impala or whoever else you may want.

Our Tame Impala agent will be happy to help you get Tame Impala's availability and booking fee, or the price and availability for any other A-List entertainer, band, comedian or celebrity you may want for your corporate event, private party, wedding, birthday party or public show.

The Australian rock band Tame Impala was established in 2007 by founding member Kevin Parker in Perth, and quickly became part of the local music scene. Initially, Parker began writing material for the group on his own home-recording system, posting a number of singles online and establishing a growing fan base. Eventually, Parker’s work garnered the attention of the independent label Modular Recordings in 2008, and after signing with the label, he entered the studio with the help of future band members Jay Watson and Dominic Simper to record more music. Thus, Tame Impala was ultimately born.

Tame Impala’s debut, a self-titled EP, arrived in 2008, and the group began touring extensively in support of the release. The EP rose to the number one spot on the Australian indie charts and spawned the singles “Skeleton Tiger,” “Half Full Glass of Wine,” and “Desire Be, Desire Go.” For the remainder of the year, Tame Impala performed in support of such notable bands as The Black Keys and You Am I, and also performed at a number of music festivals. In 2009, Tame Impala released the single “Sundown Syndrome,” and the song received a big boost when it was included in both the film The Kids Are All Right and also the HBO series Entourage.

Tame Impala released a debut studio album, Innerspeaker, in 2010.  The album was a commercial and critical success, but it was the group’s sophomore album, Lonerism, which rose to platinum status and garnered Tame Impala numerous award nominations, including a Grammy Award nomination for Best Alternative Music Album. Since that time, Tame Impala has been enjoying ever-increasing popularity, with multiple recognitions for both albums and singles, including the songs: “Half Full Glass of Wine,” “Feels Like We Only Go Backwards,” “Elephant,” and “Let It Happen.”

For more information on booking Tame Impala, please contact Booking Entertainment. One of our top booking agents will be happy to work on your behalf to get you the best possible price to book any big name entertainer for your upcoming public, private or corporate event worldwide.

Booking Entertainment works to get the best possible Tame Impala booking fee and Tame Impala price for our clients while also providing the celebrity or famous entertainer with the level of professionalism and industry norms that they expect from an event run by a professional booking agency and production management.

Booking Entertainment uses our agency / management relationships and over 25 years of production experience to help buyers of headline / top name entertainers and does not claim or represent itself as the exclusive Tame Impala agent, manager or management company for any of the artists on our site.

Booking Entertainment does not claim or represent itself as the exclusive booking agency, business manager, publicist, speakers bureau or management for Tame Impala or any artists or celebrities on this website.