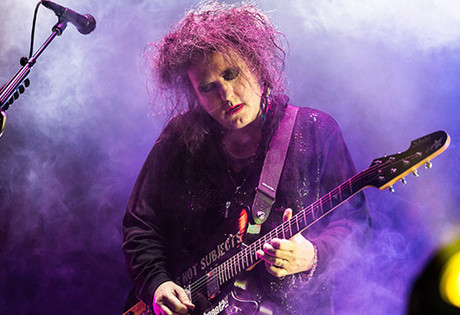 Start by filling out our no-obligation entertainment request form to check pricing and availability for The Cure or whoever else you may want.

Our The Cure agent will be happy to help you get The Cure's availability and booking fee, or the price and availability for any other A-List entertainer, band, comedian or celebrity you may want for your corporate event, private party, wedding, birthday party or public show.

The legendary English rock band The Cure rose to fame in the early 1970’s, first as its earliest incarnation, the Obelisk, which was established by Robert Smith, Laurence Tolhurt, and Mick Dempsey, who were classmates currently attending middle school together in Sussex. Over the next few years, the group was reformed a number of times, until Porl Thompson joined the group to establish Easy Cure in 1977.

Following a successful talent competition in which the band won, Easy Cure garnered its first recording contract, although the success was short lived and the group was eventually dropped from the label. After a few changes to the lineup, the band re-established as a trio without Thompson, and re-named themselves the Cure. A series of demo tapes for the newly formed band found their way into the hands of the representatives at Polydor Records, who signed the Cure in 1978 and launched the band’s career.

With the release of the Cure’s debut single, “Killing an Arab,” the Cure rose to both fame and controversy. Despite the title serving as a reference to Camus’s famous novel, The Stranger, the song served to bring the band to the forefront of the music conversation, setting the stage for the Cure’s debut, Three Imaginary Boys, in 1979. The album spawned the songs “Boys Don’t Cry,” and “Jumping Someone Else’s Train,” although it received lukewarm reception from both critics and fans.

By the early 1980’s, the Cure was ready for a new sound, and their new gothic approach finally brought them to the level of success they’d desired. Seventeen Seconds was released in 1980 and featured the Cure’s first hit single, “ A Forest.” The success of the second album led to a re-release of the band’s first, under the new title Boys Don’t Cry, and the Cure slowly rose to legendary status, becoming one of the most iconic bands of the 1980’s and 1990’s.

The Cure continues to perform and record with the current lineup of Robert Smith, Simon Gallup, Roger O’Donnell, Jason Cooper, and Reeves Gabrels. Recently, the Cure has launched worldwide tours taking them to Europe, the Americas, and Asia, and the band’s music has been featured on the hit CW series One Tree Hill. Thus far, the Cure has sold nearly thirty million albums, the most recent of which, 4:26 Dream, was released in 2014.

Hiring The Cure For Corporate Events, Private Parties And Public Concerts Is Easy With Booking Entertainment

For more information on booking The Cure, please contact Booking Entertainment. One of our top booking agents will be happy to work on your behalf to get you the best possible price to book any big name entertainer for your upcoming public, private or corporate event worldwide.

Booking Entertainment works to get the best possible The Cure booking fee and The Cure price for our clients while also providing the celebrity or famous entertainer with the level of professionalism and industry norms that they expect from an event run by a professional booking agency and production management.

Booking Entertainment uses our agency / management relationships and over 25 years of production experience to help buyers of headline / top name entertainers and does not claim or represent itself as the exclusive The Cure agent, manager or management company for any of the artists on our site.

Booking Entertainment does not claim or represent itself as the exclusive booking agency, business manager, publicist, speakers bureau or management for The Cure or any artists or celebrities on this website.