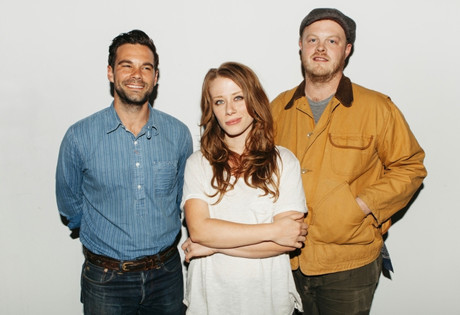 Start by filling out our no-obligation entertainment request form to check pricing and availability for The Lone Bellow or whoever else you may want.

Our The Lone Bellow agent will be happy to help you get The Lone Bellow's availability and booking fee, or the price and availability for any other A-List entertainer, band, comedian or celebrity you may want for your corporate event, private party, wedding, birthday party or public show.

The country music group the Lone Bellow was established by musician Zach Williams, who began writing music, playing guitar, and performing around the New York City area in the mid 2000’s. During these performances, Williams would be backed by other musicians frequently; eventually he decided to form Zach Williams and the Bellow, which became the Lone Bellow in 2011.

The Lone Bellow signed with a division of Sony Music in 2012 and entered the studio to prepare for a debut album. The self-titled debut arrived a year later, and immediately received accolades from multiple music and entertainment publications, including Entertainment Weekly, which named it “one of the top reasons to love country music in 2013.” Multiple “10 Best” lists of the year included the Lone Bellow in their lists, and since that time the group has been on a steady rise in popularity.

For more information on booking The Lone Bellow, please contact Booking Entertainment. One of our top booking agents will be happy to work on your behalf to get you the best possible price to book any big name entertainer for your upcoming public, private or corporate event worldwide.

Booking Entertainment works to get the best possible The Lone Bellow booking fee and The Lone Bellow price for our clients while also providing the celebrity or famous entertainer with the level of professionalism and industry norms that they expect from an event run by a professional booking agency and production management.

Booking Entertainment uses our agency / management relationships and over 25 years of production experience to help buyers of headline / top name entertainers and does not claim or represent itself as the exclusive The Lone Bellow agent, manager or management company for any of the artists on our site.

Booking Entertainment does not claim or represent itself as the exclusive booking agency, business manager, publicist, speakers bureau or management for The Lone Bellow or any artists or celebrities on this website.