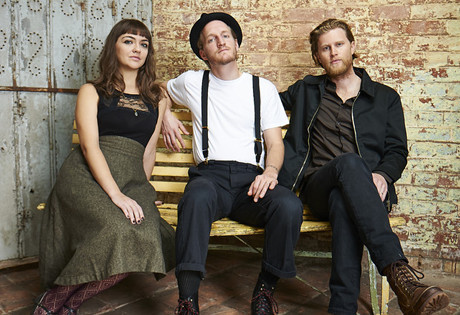 Start by filling out our no-obligation entertainment request form to check pricing and availability for The Lumineers or whoever else you may want.

Our The Lumineers agent will be happy to help you get The Lumineers's availability and booking fee, or the price and availability for any other A-List entertainer, band, comedian or celebrity you may want for your corporate event, private party, wedding, birthday party or public show.

The folk rock band the Lumineers was founded in Denver, Colorado in 2010, although founding members Wesley Schultz and Jeremiah Fraites had been writing and performing together since 2005. After two other members joined the duo, the band moved from New York to Colorado and invited Neyla Pekarek to join them as well. The Lumineers began by establishing a strong fan base on the local Colorado music scene and posting YouTube videos of their performers to garner more attention.

After noticing a live performance of their song “Ho Hey” on the internet station, Onto Entertainment took notice of the Lumineers and financed the recording of their debut album. After the inclusion of “Ho Hey” in the season finale of the hit television series Hart of Dixie, the Lumineers released their self-titled debut on Dualtone Records in the spring of 2012. The album rose to the number two spot on the mainstream charts and “Ho Hey” reached into the top five, selling over two million copies.

Since that time, the Lumineers have performed at sold-out headlining shows across the nation and beyond. The band has so far earned two Grammy Award nominations, for Best Americana Album and Best New Artist. With the current lineup of Schultz, Fraites, Pekarek, Stelth Ulvang and Ben Wahamaki, the Lumineers have enjoyed the additional hits “Stubborn Love” and “Submarines” from their debut album, and the band has plans to return to the studio for their sophomore album.

Hiring The Lumineers For Corporate Events, Private Parties And Public Concerts Is Easy With Booking Entertainment

For more information on booking The Lumineers, please contact Booking Entertainment. One of our top booking agents will be happy to work on your behalf to get you the best possible price to book any big name entertainer for your upcoming public, private or corporate event worldwide.

Booking Entertainment works to get the best possible The Lumineers booking fee and The Lumineers price for our clients while also providing the celebrity or famous entertainer with the level of professionalism and industry norms that they expect from an event run by a professional booking agency and production management.

Booking Entertainment uses our agency / management relationships and over 25 years of production experience to help buyers of headline / top name entertainers and does not claim or represent itself as the exclusive The Lumineers agent, manager or management company for any of the artists on our site.

Booking Entertainment does not claim or represent itself as the exclusive booking agency, business manager, publicist, speakers bureau or management for The Lumineers or any artists or celebrities on this website.