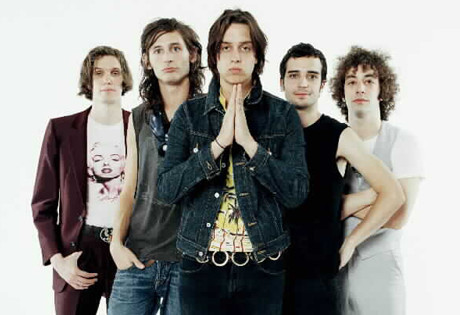 Start by filling out our no-obligation entertainment request form to check pricing and availability for The Strokes or whoever else you may want.

Our The Strokes agent will be happy to help you get The Strokes's availability and booking fee, or the price and availability for any other A-List entertainer, band, comedian or celebrity you may want for your corporate event, private party, wedding, birthday party or public show.

The indie rock band The Strokes was established in the late 1990’s in New York, and quickly rose to become part of the revival of the garage band movement of the new millennium. The Strokes was established when Julian Casablancas, Fab Moretti, Nikolai Fraiture, and Nick Valensi began performing together while still teenagers attending school in Manhattan. With the addition of Albert Hammond Jr. a few years later, the band rounded out its lineup and released the EP The Modern Age in 2001, to such critical acclaim that it launched a bidding war for their first record contract.

After signing with RCA, the Strokes released their debut Is This It, also to critical acclaim from both the alternative and mainstream press, and the album quickly rose to the top of the charts. The Strokes launched an international tour in 2002, and then immediately returned to the studio to prepare for the release of their sophomore effort, Room on Fire (2003.) It too received significant praise, and paved the way for First Impressions of Earth (2006) and Angels (2011.) The albums spawned the alternative hits “Hard to Explain,” “Last Nite,” “Someday,” “12:51,” “Reptilia,” “The End Has No End,” “Juicebox,” “ Heart in a Cage,” “You Only Live Once,” “Under Cover of Darkness,” “Taken for a Fool,” and “All the Time.”

So far, the Strokes have garnered Strokes sixteen industry award nominations so far, with six wins, and the album This It has risen to multi-platinum status. The Strokes continue to perform, record, and tour. The band’s most recent release is Comedown Machine, which arrived in 2013.

Hiring The Strokes For Corporate Events, Private Parties And Public Concerts Is Easy With Booking Entertainment

For more information on booking The Strokes, please contact Booking Entertainment. One of our top booking agents will be happy to work on your behalf to get you the best possible price to book any big name entertainer for your upcoming public, private or corporate event worldwide.

Booking Entertainment works to get the best possible The Strokes booking fee and The Strokes price for our clients while also providing the celebrity or famous entertainer with the level of professionalism and industry norms that they expect from an event run by a professional booking agency and production management.

Booking Entertainment uses our agency / management relationships and over 25 years of production experience to help buyers of headline / top name entertainers and does not claim or represent itself as the exclusive The Strokes agent, manager or management company for any of the artists on our site.

Booking Entertainment does not claim or represent itself as the exclusive booking agency, business manager, publicist, speakers bureau or management for The Strokes or any artists or celebrities on this website.