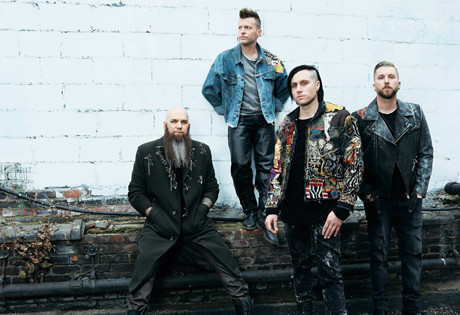 Start by filling out our no-obligation entertainment request form to check pricing and availability for Three Days Grace or whoever else you may want.

Our Three Days Grace agent will be happy to help you get Three Days Grace's availability and booking fee, or the price and availability for any other A-List entertainer, band, comedian or celebrity you may want for your corporate event, private party, wedding, birthday party or public show.

Three Days Grace was formed in Ontario, Canada, in the early 1990’s, although the band did not rise to mainstream success until into the new millennium. Originally a grunge band, Three Days Grace spent the decade of the 90’s releasing demos and performing whenever possible, but it was the song “I Hate Everything About You” that finally caught the attention of Jive Records. Three Days Grace signed to the label, moved to the United States, and made preparations for a major label debut.

The self-titled debut, Three Days Grace, was released in 2003 and met with favorable criticism. Now with a more alternative-metal sound, Three Days Grace began to garner recognition as a breakout artist, and the band launched an extensive two-year tour to help support their debut. Eventually, Three Days Grace rose into the Billboard charts and into the top 10 on the Canadian charts, and reached multi-platinum status. The albums Life Starts Now (2009) and Transit of Venus (2012) followed, spawning the alternative hits “Just Like You,” “Home,” “Animal I Have Become,” “Pain,” “Never Too Late,” “Riot,” “Break,” “The Good Life,” “World So Cold,” “Lost In You,” “Chalk Outline,” and “The High Road.

Three Days Grace has been nominated for multiple industry awards, including four Juno Awards and recognition by Billboard Magazine for Rock Artist of the Year in 2007. Three Days Grace continues to perform and record with the current lineup of Brad Walst, Matt Walst, Neil Sanderson, and Barry Stock.

For more information on booking Three Days Grace, please contact Booking Entertainment. One of our top booking agents will be happy to work on your behalf to get you the best possible price to book any big name entertainer for your upcoming public, private or corporate event worldwide.

Booking Entertainment works to get the best possible Three Days Grace booking fee and Three Days Grace price for our clients while also providing the celebrity or famous entertainer with the level of professionalism and industry norms that they expect from an event run by a professional booking agency and production management.

Booking Entertainment uses our agency / management relationships and over 25 years of production experience to help buyers of headline / top name entertainers and does not claim or represent itself as the exclusive Three Days Grace agent, manager or management company for any of the artists on our site.

Booking Entertainment does not claim or represent itself as the exclusive booking agency, business manager, publicist, speakers bureau or management for Three Days Grace or any artists or celebrities on this website.