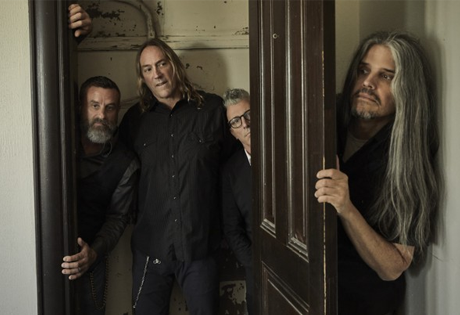 Start by filling out our no-obligation entertainment request form to check pricing and availability for Tool or whoever else you may want.

Wondering how to book Tool for your event? Let Booking Entertainment be Your entertainment booking agency for booking Tool for events worldwide.

Our Tool agent will be happy to help you get Tool's availability and booking fee, or the price and availability for any other A-List entertainer, band, comedian or celebrity you may want for your corporate event, private party, wedding, birthday party or public show.

The American rock band Tool was formed in California in the 1990’s. The founding members of the band had all found themselves in the Los Angeles area in the late 1980’s, each seeking a career in entertainment but not all in music specifically. The musicians often played around town for other bands separately, until Maynard James Keenan and Adam Jones were introduced to each other in 1989. After adding a few other members to the band, Tool’s lineup was finalized and the band began performing together.

It didn’t take long for Tool to garner the attention of Zoo Entertainment, which signed the band in the early 1990’s. Tool released their first album, Opiate, followed by the title track and the song “Hush,” in 1992. Undertow came next in 1993, and by now Tool was garnering attention not only for the quality of its music, but also for the controversial nature of its lyrics, often resulting in feedback from censors. The buzz helped to boost sales of Undertow, and by 1995 the album had been certified platinum and Tool quickly became one of the most popular heavy, “new metal” rock bands around.

Following Undertow, Tool released the albums AEnima (1996), Lateralus (2001), and 10,000 Days (2006), spawning the hits “Stinkfist,” “H.,” “Forty Six & 2,” “Schism,” “Parabola,” “Vicarious,” “The Pot,” and “Jambi.” The band has also won Grammys for Best Metal Performance twice (for “AEnema,” 1998 and for “Schism,” 2002) and Best Recording Package in 2007 for 10,000 Days. Tool embarked on a hiatus after 2008, with individual members pursuing other projects for awhile. It was during this time that Keenan established Merkin Vineyards and Caduceus Cellars, producing what has become a highly respected wine. He also began performing stand-up comedy, a love from his earlier days, and accepted a few small acting roles in films.

Tool reconvened in 2009 for a summer tour, performing at Lollapalooza and the Mile High Music Festival. A winter tour followed, and in 2012 the members returned to the studio to begin working on another studio album. As of 2013, the album is half finished, and slated for a release in 2014.

For more information on booking Tool, please contact Booking Entertainment. One of our top booking agents will be happy to work on your behalf to get you the best possible price to book any big name entertainer for your upcoming public, private or corporate event worldwide.

Booking Entertainment works to get the best possible Tool booking fee and Tool price for our clients while also providing the celebrity or famous entertainer with the level of professionalism and industry norms that they expect from an event run by a professional booking agency and production management.

Booking Entertainment uses our agency / management relationships and over 25 years of production experience to help buyers of headline / top name entertainers and does not claim or represent itself as the exclusive Tool agent, manager or management company for any of the artists on our site.

Booking Entertainment does not claim or represent itself as the exclusive booking agency, business manager, publicist, speakers bureau or management for Tool or any artists or celebrities on this website.