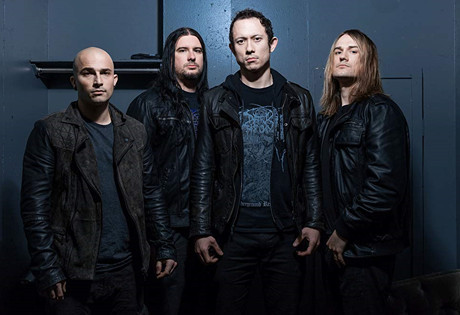 Start by filling out our no-obligation entertainment request form to check pricing and availability for Trivium or whoever else you may want.

Our Trivium agent will be happy to help you get Trivium's availability and booking fee, or the price and availability for any other A-List entertainer, band, comedian or celebrity you may want for your corporate event, private party, wedding, birthday party or public show.

The heavy metal band known as Trivium was established in Orlando, Florida in 2000. Founding members and high school students Matt Heafy, Brad Lewter, and Travis Smith began performing around the central Florida area in local clubs and bars, until the musicians had raised enough funds to support studio sessions to record their demo.

Trivium’s demo garnered the attention of the German record label Lifeforce, and the band signed with the label in 2004. After some changes to the lineup, the band released Ember to Inferno to moderate success, garnering interest from Roadrunner Records, and Trivium returned to the studio to record Ascendancy, which was released in 2005. The group’s sophomore effort brought them to a slow and steady rise, and paved the way for Trivium’s breakthrough the following year.

The Crusade was released in 2006, and this time the album rose well into the top forty on the mainstream album charts. A supporting tour alongside Metallica and Iron Maiden followed, and since that time Trivium’s unique blend of metalcore, melodic death metal, and groove metal has made the group among the most notable New Wave Heavy Metal groups of the era. The band’s list of influences is long, and includes such iconic bands as Guns N’ Roses, Megadeth, Judas Priest, and Def Leppard, but Trivium has been successful in carving out its own niche in the music world, with an ever-growing fan base.

Since the Crusade, Trivium has released the albums Shogun (2008), In Waves (2011), and Vengeance Falls (2013), finally reaching album sales exceeding one million worldwide. The albums have spawned the hit singles “Anthem (We Are the Fire),” “The Rising,” “In Waves,” “Built to Fall,” “Black,” and “Strife.” Trivium continues to perform and record, with the current lineup of Matt Heafy, Corey Beaulieu, and Paolo Gregoletto.

For more information on booking Trivium, please contact Booking Entertainment. One of our top booking agents will be happy to work on your behalf to get you the best possible price to book any big name entertainer for your upcoming public, private or corporate event worldwide.

Booking Entertainment works to get the best possible Trivium booking fee and Trivium price for our clients while also providing the celebrity or famous entertainer with the level of professionalism and industry norms that they expect from an event run by a professional booking agency and production management.

Booking Entertainment uses our agency / management relationships and over 25 years of production experience to help buyers of headline / top name entertainers and does not claim or represent itself as the exclusive Trivium agent, manager or management company for any of the artists on our site.

Booking Entertainment does not claim or represent itself as the exclusive booking agency, business manager, publicist, speakers bureau or management for Trivium or any artists or celebrities on this website.