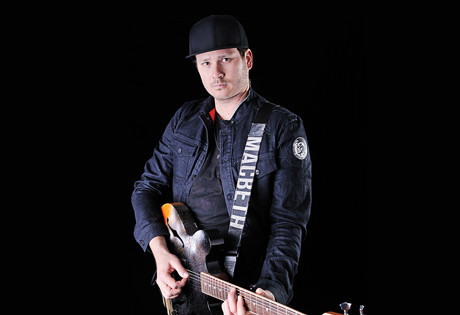 Start by filling out our no-obligation entertainment request form to check pricing and availability for Angels & Airwaves or whoever else you may want.

Our Angels & Airwaves agent will be happy to help you get Angels & Airwaves's availability and booking fee, or the price and availability for any other A-List entertainer, band, comedian or celebrity you may want for your corporate event, private party, wedding, birthday party or public show.

Angels & Airwaves was established by Tom DeLonge of the band Blink-182. Alongside fellow musicians Matt Wachter, David Kennedy, Ryan Sinn, Ilan Rubin, and Adam Willard, DeLonge formed the band in 2005 after experimenting with a new sound in his home studio for nearly a full year. After assembling the group and choosing a musical direction, Angels & Airwaves released its debut album, We Don’t Need to Whisper, in 2006, to critical acclaim.

We Don’t Need to Whisper rose to the number one spot on the charts, reaching gold status quickly. The singles “Do It For Me Now,” “The War,” and “It Hurts” further bolstered the album’s success, and by 2007, Angels & Airwaves was ready to re-enter the studio for its sophomore effort. The album I-Empire followed, and after that, Love (2010) and Love: Part Two (2011.) The albums spawned the singles “Everything’s Magic,’ “Secret Crowds,” “Breathe,” “Hallucinations,” “Epic Holiday,” “Anxiety,” “Surrender,” and “Diary.” Between 2008 and 2012, Angels & Airwaves also participated in a number of tours and festivals, including the Warped Tour 2008, Australia’s Soundwave Festival, and the Reading & Leeds Festivals.

Unique to Angels & Airwaves is its artistic focus which exceeds the label of “band” and instead seeks to define itself more as an artistic expression which crosses into different mediums. Angels & Airwaves has produced a number of other projects, most notably the documentary film Start the Machine and the feature film Love, the latter of which is a critically lauded science fiction film.

For its projects thus far, Angels & Airwaves has received MTV Video Music Award nominations for Best New Artist in a Video, Best Special Effects in a Video, Best Editing in a Video, and Best Band of 2006. The group’s most recent projects include the animated short film, Poet Anderson: The Dream Walker, and an accompanying album, comic book, and a live action film.

For more information on booking Angels & Airwaves, please contact Booking Entertainment. One of our top booking agents will be happy to work on your behalf to get you the best possible price to book any big name entertainer for your upcoming public, private or corporate event worldwide.

Booking Entertainment works to get the best possible Angels & Airwaves booking fee and Angels & Airwaves price for our clients while also providing the celebrity or famous entertainer with the level of professionalism and industry norms that they expect from an event run by a professional booking agency and production management.

Booking Entertainment uses our agency / management relationships and over 25 years of production experience to help buyers of headline / top name entertainers and does not claim or represent itself as the exclusive Angels & Airwaves agent, manager or management company for any of the artists on our site.

Booking Entertainment does not claim or represent itself as the exclusive booking agency, business manager, publicist, speakers bureau or management for Angels & Airwaves or any artists or celebrities on this website.