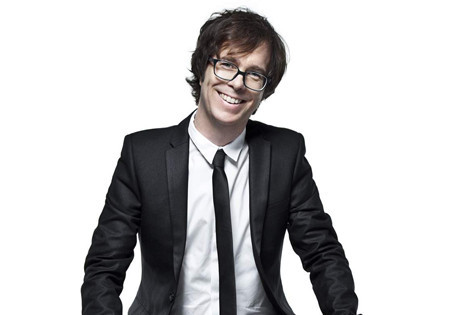 Start by filling out our no-obligation entertainment request form to check pricing and availability for Ben Folds or whoever else you may want.

Our Ben Folds agent will be happy to help you get Ben Folds's availability and booking fee, or the price and availability for any other A-List entertainer, band, comedian or celebrity you may want for your corporate event, private party, wedding, birthday party or public show.

Ben Folds was born in 1966 in Winston-Salem, North Carolina. Ben began piano lessons when he was nine years old, listening to songs by Billy Joel and learning to sound them out on the instrument. He later added bass and drums to his instruments of study, and in the 1980’s, he formed his first band, Majosha, alongside Millard Powers. With Majosha, Ben Folds began performing around town at a number of bars and college parties, and eventually the band self-produced and distributed their first EP, Party Night: Five Songs About Jesus, which was followed by Shut Up and Listen to Majosha (1989.) Although Majosha disbanded only a few years later, Ben Folds played with a number of other musicians and bands before teaming up with Darren Jessee and Robert Sledge for form Ben Folds Five in 1994.

Ben Folds Five, the band’s debut album, was released in 1995, followed by Whatever and Ever Amen (1997), Naked Baby Photos (1998), and The Unauthorized Biography of Reinhold Messner (1999.) The albums spawned the singles “Battle of Who Could Care Less,” “Song for the Dumped,” and “Brick,” but the songs did not reach into the charts. Ben Folds Five actually had its first breakthrough overseas with the single “Underground,” which eventually brought their earlier releases into the charts as well. Ben Fold Five eventually disbanded, and Ben Folds launched a solo career around the turn of the new millennium.

Rockin’ the Suburbs (2001) became Ben Fold’s solo debut, followed by Ben Folds Live, and then: Songs for Silverman (2005), Way to Normal (2008), Lonely Avenue (2010), The Best Imitation of Myself: A Retrospective (2011), and Fifty-Five Vault (2011.) The albums spawned the singles “Rockin’ the Suburbs,” “Still Fighting It,” “Tiny Dancer,” “Eddie Walker,” “Adelaide,” “Bitches Ain’t Shit,” “Landed,” “Jesusland,” “Bastard,” “You Don’t Know Me,” “Free Coffee,” “Errant Dog,” “Dr. Yang,” “One Angry Dwarf and 200 Solemn Faces,” and “From Above,” the latter of which was recorded with Nick Hornby. In addition, Ben Fold wrote and performed “Red is Blue” for the soundtrack of Hoodwinked! (2006), and contributed multiple tracks to the soundtrack for Over the Hedge (2006.) Fold’s single “Rockin’ the Suburbs” can also be heard on the television sitcom Surviving Suburbia.

Most recently, Ben Folds has reunited with his former band mates to revive Ben Folds Five. The group performed in 2008 for the first time in nearly a decade, and in 2012 they released the album The Sound of The Life of The Mind. Ben Folds Five has plans to continue to record, perform, and tour together.

For more information on booking Ben Folds, please contact Booking Entertainment. One of our top booking agents will be happy to work on your behalf to get you the best possible price to book any big name entertainer for your upcoming public, private or corporate event worldwide.

Booking Entertainment works to get the best possible Ben Folds booking fee and Ben Folds price for our clients while also providing the celebrity or famous entertainer with the level of professionalism and industry norms that they expect from an event run by a professional booking agency and production management.

Booking Entertainment uses our agency / management relationships and over 25 years of production experience to help buyers of headline / top name entertainers and does not claim or represent itself as the exclusive Ben Folds agent, manager or management company for any of the artists on our site.

Booking Entertainment does not claim or represent itself as the exclusive booking agency, business manager, publicist, speakers bureau or management for Ben Folds or any artists or celebrities on this website.