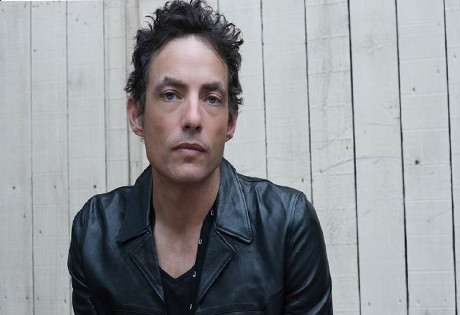 Start by filling out our no-obligation entertainment request form to check pricing and availability for Jakob Dylan or whoever else you may want.

Our Jakob Dylan agent will be happy to help you get Jakob Dylan's availability and booking fee, or the price and availability for any other A-List entertainer, band, comedian or celebrity you may want for your corporate event, private party, wedding, birthday party or public show.

Jakob Dylan was born in 1969 in New York City, to famed folksinger Bob Dylan. Of course, Jakob grew up in a household filled with music and was greatly influenced by his father and the music environment in which his father worked, and so it was not surprising that he began playing instruments when he was still a young child. Initially, however, Jakob embarked on a career in art, attending New York’s Parsons School of Design, but in the late 1980’s he teamed up with his friend Tobi Miller to form the Wallflowers, and the success of the band eventually sealed his fate as a musician.

The Wallflowers released their self-debuted album in 1989, but the album initially did not perform well. The band instead focused on perfecting their sound and style, and resurfaced in 1996 with Bringing Down the Horse, which performed much better, eventually going multi-platinum. The album spawned the hit singles “6th Avenue Heartache,” “One Headlight,” “The Difference,” “Three Marlenas,” and “Heros,” and earned Jakob and the Wallflowers two Grammy Awards, for Best Rock Song and Best Rock vocal Performance by a Duo or Group. Since that time, the Wallflowers have also released the additional successful albums: Breach (2000), Red Letter Days (2002), Rebel, Sweetheart (2005.) The band also provided multiple songs for the films Zoolander, American Wedding, and I Am Sam, and for the television shows CSI: Crime Scene Investigation, NCIS, and Cold Case.

The Wallflowers embarked on a short hiatus after Rebel Sweetheart, and in 2006 Jakob Dylan signed with Columbia Records as a solo artist, embarking on his own career. Dylan released Seeing Things in 2008 and launched a tour, performing at multiple festivals and on a number of television shows, including the Late Show with David Letterman, Late Night with Conan O’Brien, and the Tonight Show with Jay Leno. Women and Country followed, and performed equally well, and in 2011 Jakob Dylan announced the return of the Wallflowers.

For more information on booking Jakob Dylan, please contact Booking Entertainment. One of our top booking agents will be happy to work on your behalf to get you the best possible price to book any big name entertainer for your upcoming public, private or corporate event worldwide.

Booking Entertainment works to get the best possible Jakob Dylan booking fee and Jakob Dylan price for our clients while also providing the celebrity or famous entertainer with the level of professionalism and industry norms that they expect from an event run by a professional booking agency and production management.

Booking Entertainment uses our agency / management relationships and over 25 years of production experience to help buyers of headline / top name entertainers and does not claim or represent itself as the exclusive Jakob Dylan agent, manager or management company for any of the artists on our site.

Booking Entertainment does not claim or represent itself as the exclusive booking agency, business manager, publicist, speakers bureau or management for Jakob Dylan or any artists or celebrities on this website.