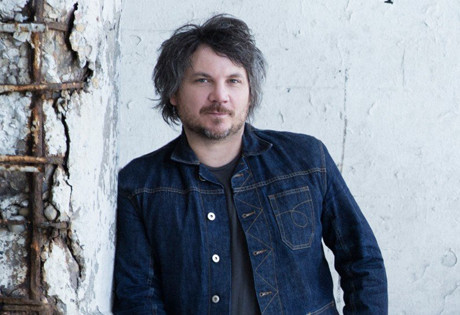 Start by filling out our no-obligation entertainment request form to check pricing and availability for Jeff Tweedy or whoever else you may want.

Our Jeff Tweedy agent will be happy to help you get Jeff Tweedy's availability and booking fee, or the price and availability for any other A-List entertainer, band, comedian or celebrity you may want for your corporate event, private party, wedding, birthday party or public show.

Jeff Tweedy was born in 1957 in Belleville, Illinois. Young Tweedy had always had a fascination with the guitar, and at the age of twelve he began to study the instrument seriously. As a teenager, he teamed up with classmates Jay Farrar, who was already performing in a band, and Jay invited Jeff to join them as well. Jeff and Jay performed together with the Primitives in the early 1980’s, until one of the members left for university.

Tweedy, Farrar, and Mike Heidorn renamed the band Uncle Tupelo, and their ten-track demo and frequent performances eventually caught the attention of Giant/Rockville Records in the late 1980’s. Uncle Tupelo’s debut album, No Depression, arrived the next year, and launched a five-year career with Uncle Tupelo for Tweedy, during which time Tupelo released the alternative country albums: Still Feel Gone (1991), March 16-20, 1992 (1992), and Anodyne (1993.)

Uncle Tupelo disbanded in 1993, and Farrar moved on to other projects. Jeff Tweedy, however, formed the band Wilco, signed to Reprise Records, and released the band’s debut album, Being There in 1996. The album was an enormous success, selling more than three hundred thousand copies and proving to be be a more successful venture for Tweedy. Wilco gave audiences the albums: Summerteeth (1999), Yankee Hotel Foxtrot (2002), A Ghost is Born (2004), Kicking Television: Live in Chicago (2005), Sky Blue Sky (2007), Wilco, The Album (2009), and The Whole Love (2011.)

In addition to his work with Wilco, Jeff Tweedy has embarked on a successful solo career, performing acoustic music and frequently touring on his own for these performances. The DVD Sunken Treasure: Live in the Pacific Northwest, contains a number of these performances recording during a 2006 tour, in which Tweedy performs at such notable theaters as Portland’s Crystal Ballroom and Seattle’s Moore Theater.

Most recently, Jeff Tweedy performed at the Rally to Restore Sanity and/or Fear in 2010, as part of Stephen Colbert and Jon Stewart’s endeavor to respond to rising political tensions. Tweedy also recently collaborated with the band White Denim, and he has plans for continued performances and projects both with Wilco and as a solo artist.

For more information on booking Jeff Tweedy, please contact Booking Entertainment. One of our top booking agents will be happy to work on your behalf to get you the best possible price to book any big name entertainer for your upcoming public, private or corporate event worldwide.

Booking Entertainment works to get the best possible Jeff Tweedy booking fee and Jeff Tweedy price for our clients while also providing the celebrity or famous entertainer with the level of professionalism and industry norms that they expect from an event run by a professional booking agency and production management.

Booking Entertainment uses our agency / management relationships and over 25 years of production experience to help buyers of headline / top name entertainers and does not claim or represent itself as the exclusive Jeff Tweedy agent, manager or management company for any of the artists on our site.

Booking Entertainment does not claim or represent itself as the exclusive booking agency, business manager, publicist, speakers bureau or management for Jeff Tweedy or any artists or celebrities on this website.