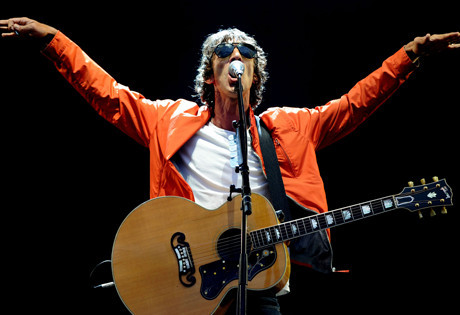 Start by filling out our no-obligation entertainment request form to check pricing and availability for Richard Ashcroft or whoever else you may want.

Our Richard Ashcroft agent will be happy to help you get Richard Ashcroft's availability and booking fee, or the price and availability for any other A-List entertainer, band, comedian or celebrity you may want for your corporate event, private party, wedding, birthday party or public show.

The English singer and songwriter Richard Ashcroft was born in 1971. Known at first as the lead singer for the band the Verve, Ashcroft launched his own solo career when the Verve disbanded in 1999. With the Verve, Ashcroft enjoyed a number of hit alternative songs, including the chart-topping “Bittersweet Symphony” and the hits “The Drugs Don’t Work,” “Lucky Man,” and “Love Is Noise.” But upon leaving the band, Richard Ashcroft launched a stellar solo career and has become known as an artist in his own right.

Ashcroft’s solo debut, “A Song for the Lovers,” rose immediately to the top ten on the UK charts after its release. His debut album, Alone with Everybody, also spawned the hits “Money to burn” and “C’Mon People (We’re Making It Now.)” His sophomore effort, Human Conditions, fared equally well, spawning the song “Check the Meaning.” Another two albums have followed since (Keys to the World in 2006 and United Nations of Sound in 2010), giving audiences the hit singles “Check the Meaning,” “Science of Silence,” “Buy It in Bottles,” “Break the Night with Colour,” “Music is Power,” and “Words Just Get in the Way.”

The song “Are You Ready?,” from the album United Nations of Sound can also be heard in the closing credits of the film The Adjustment Bureau (2011.) The song “ Future’s Bright” is also featured in the opening of the same film. Richard Ashcroft continues to perform and record, and is currently planning for his next album release.

For more information on booking Richard Ashcroft, please contact Booking Entertainment. One of our top booking agents will be happy to work on your behalf to get you the best possible price to book any big name entertainer for your upcoming public, private or corporate event worldwide.

Booking Entertainment works to get the best possible Richard Ashcroft booking fee and Richard Ashcroft price for our clients while also providing the celebrity or famous entertainer with the level of professionalism and industry norms that they expect from an event run by a professional booking agency and production management.

Booking Entertainment uses our agency / management relationships and over 25 years of production experience to help buyers of headline / top name entertainers and does not claim or represent itself as the exclusive Richard Ashcroft agent, manager or management company for any of the artists on our site.

Booking Entertainment does not claim or represent itself as the exclusive booking agency, business manager, publicist, speakers bureau or management for Richard Ashcroft or any artists or celebrities on this website.