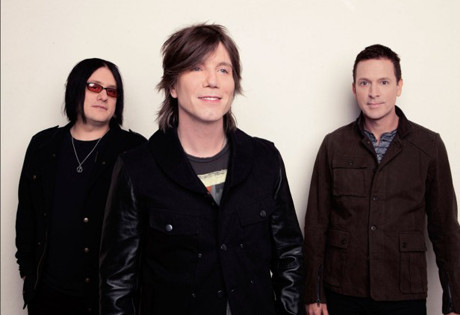 Start by filling out our no-obligation entertainment request form to check pricing and availability for Goo Goo Dolls or whoever else you may want.

Our Goo Goo Dolls agent will be happy to help you get Goo Goo Dolls's availability and booking fee, or the price and availability for any other A-List entertainer, band, comedian or celebrity you may want for your corporate event, private party, wedding, birthday party or public show.

The Goo Goo Dolls were passed off initially as potential one-hit wonders. However, the band would surprise the critics to go on to become one of the most popular adult alternative rock bands of the 1990’s and well into the new millennium.

The Goo Goo Dolls formed in Buffalo, New York in 1985, with Johnny Rzeznik, Robby Takac, and George Tutuska coming together to create the cover band the Sex Maggots. The band soon began to write their own songs, and their debut album was released in 1987. But it would be Superstar Car Wash in 1993 which would be the big breakthrough for the Goo Goo Dolls. On the strength of the single “We Are the Normal,” the album enjoyed significant airplay. A Boy Named Goo followed in 1995, with “Name” going into heavy rotation and eventually hitting the Top Five and going platinum. The ballad “Iris,” written for the film City of Angles followed, in 1998, and the single earned a Grammy nomination and remained on the charts for eighteen weeks.

The Goo Goo Dolls continue to perform and record with the current full-time lineup of Rzeznik and Takac, with Brad Fernquist, Craig Macintyre, and Korel Tunador joining them on tour. The group most recently released the EP You Should Be Happy in 2017, and teamed up with Phillip Phillips for an extensive nationwide tour in the summer.

For more information on booking Goo Goo Dolls, please contact Booking Entertainment. One of our top booking agents will be happy to work on your behalf to get you the best possible price to book any big name entertainer for your upcoming public, private or corporate event worldwide.

Booking Entertainment works to get the best possible Goo Goo Dolls booking fee and Goo Goo Dolls price for our clients while also providing the celebrity or famous entertainer with the level of professionalism and industry norms that they expect from an event run by a professional booking agency and production management.

Booking Entertainment uses our agency / management relationships and over 25 years of production experience to help buyers of headline / top name entertainers and does not claim or represent itself as the exclusive Goo Goo Dolls agent, manager or management company for any of the artists on our site.

Booking Entertainment does not claim or represent itself as the exclusive booking agency, business manager, publicist, speakers bureau or management for Goo Goo Dolls or any artists or celebrities on this website.