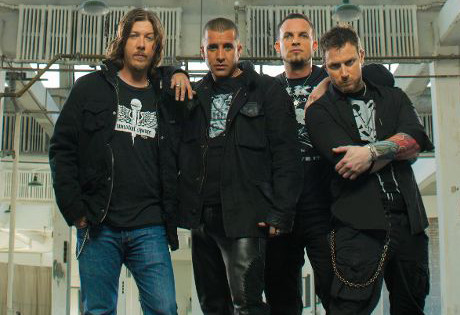 Start by filling out our no-obligation entertainment request form to check pricing and availability for Creed or whoever else you may want.

Our Creed agent will be happy to help you get Creed's availability and booking fee, or the price and availability for any other A-List entertainer, band, comedian or celebrity you may want for your corporate event, private party, wedding, birthday party or public show.

Creed was formed in Tallahassee, Florida in the mid 1990’s by front man Scott Stapp and guitarist Mark Tremonti. At the time, Stapp and Tremonti were students at Florida State University, and the two began to collaborate on music together, often writing songs with Christian themes and messages. After recruiting Scott Phillips and Brian Marshall on drums and bass, Creed’s initial lineup was established and the four members began performing around town at local bars and clubs.

Within a few years, Creed had written enough material to record a debut album, and the self-funded My Own Prison was released on Blue Collar Records, selling a few thousand copies mostly in the state of Florida. The album began to create a buzz, enough that it reached to larger record labels and garnered the attention of Wind-Up Records. Creed signed to the label and re-released My Own Prison, and the album rocketed to the top the charts. It also spawned four number one rock singles: “My Own Prison,” “What’s This Life For,” “Torn,” and “One.” The album eventually went multi-platinum, six times over, earning Creed Billboard’s Rock Artist of the Year award in 1998.

For the next decade, Creed became one of the industry’s most successful rock  bands, still maintaining Christian undertones and themes for the most part, but with a sound that appealed to the masses. Creed released the additional albums Human Clay (2009) and Weathered (2001), spawning the chart-topping singles “Higher,” “What If,” “With Arms Wide Open,” “Are You Ready?,” “My Sacrifice,” “Bullets,” “One Last Breath,” and “Weathered.” Creed racked up a number of awards during this time period, including a Grammy for Best Rock Song (for “With Arms Wide Open,” 2001) and American Music Awards for: Favorite Alternative Artist (2001 and 2003); Favorite Pop/Rock Album (for Human Clay, 2001); and Favorite Pop/Rock Band/Duo/Group (2003.) Creed experienced a number of struggles in the years following, however, and the group disbanded in 2004. A reunion tour in 2009 was followed by the album Full Circle.

Although the members of Creed no longer perform or record together, the band is among the most successful rock bands of the 1990’s and 2000’s, with three multi-platinum albums and record sales exceeding fifty million. Today, Mark Tremoni enjoys a thriving solo career and a career with the band Alter Bridge. Scott Stapp has spent a number of years performing with the band Art of Anarchy, and also released two solo albums between 2009 and 2013. He is rumored to be currently working on his third.

For more information on booking Creed, please contact Booking Entertainment. One of our top booking agents will be happy to work on your behalf to get you the best possible price to book any big name entertainer for your upcoming public, private or corporate event worldwide.

Booking Entertainment works to get the best possible Creed booking fee and Creed price for our clients while also providing the celebrity or famous entertainer with the level of professionalism and industry norms that they expect from an event run by a professional booking agency and production management.

Booking Entertainment uses our agency / management relationships and over 25 years of production experience to help buyers of headline / top name entertainers and does not claim or represent itself as the exclusive Creed agent, manager or management company for any of the artists on our site.

Booking Entertainment does not claim or represent itself as the exclusive booking agency, business manager, publicist, speakers bureau or management for Creed or any artists or celebrities on this website.