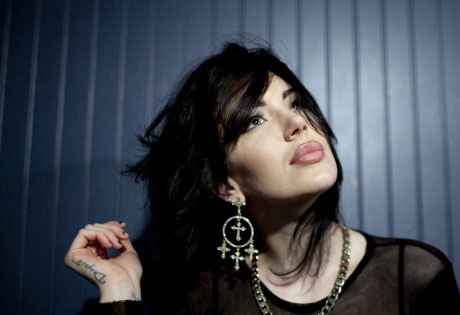 Start by filling out our no-obligation entertainment request form to check pricing and availability for Dorothy or whoever else you may want.

Our Dorothy agent will be happy to help you get Dorothy's availability and booking fee, or the price and availability for any other A-List entertainer, band, comedian or celebrity you may want for your corporate event, private party, wedding, birthday party or public show.

The rock band known as Dorothy was established in California in 2014 by founding members Dorothy Martin and Mark Jackson. Mark was performing with the band The Remedy when he caught a performance by Martin and heard her sing. Blown away by her talent, Jackson arranged for a meeting with Dorothy, where she performed a piano ballad that would later become the band’s first single, “After Midnight.”

Choosing to name the band after its lead singer, the Martin and Jackson entered the studio to record their self-titled debut EP. The album earned critical acclaim for its material, including the songs “After Midnight,” “Wild Fire,” “Gun in My Hand,” “Bang Bang Bang,” and “Wicked Ones,” but failed to become the breakthrough Dorothy was hoping for. That breakthrough came with the album Rockisdead (2016), recorded after the band signed with Roc Nation. Rockisdead featured the top forty hit “Raise Hell,” which garnered Dorothy both critical praise and commercial success. It also featured the single “Dark Nights,” another top forty hit released a year later.

Dorothy has since also released the non-album single “Down to the Bottom,” plus two more tracks in advance of the group’s next studio album (“Flawless” and “Who Do You Love.”) The track “Flawless” became Dorothy’s first top ten mainstream single. The group is now comprised of Dorothy Martin, Owen Barry, Jason Ganberg, Eli Wulfmeier, and Eliot Lorango. Dorothy’s next album, 28 Days in the Valley, will release in 2018 and precede the group’s first headlining tour, alongside opener Spirit Animal.

For more information on booking Dorothy, please contact Booking Entertainment. One of our top booking agents will be happy to work on your behalf to get you the best possible price to book any big name entertainer for your upcoming public, private or corporate event worldwide.

Booking Entertainment works to get the best possible Dorothy booking fee and Dorothy price for our clients while also providing the celebrity or famous entertainer with the level of professionalism and industry norms that they expect from an event run by a professional booking agency and production management.

Booking Entertainment uses our agency / management relationships and over 25 years of production experience to help buyers of headline / top name entertainers and does not claim or represent itself as the exclusive Dorothy agent, manager or management company for any of the artists on our site.

Booking Entertainment does not claim or represent itself as the exclusive booking agency, business manager, publicist, speakers bureau or management for Dorothy or any artists or celebrities on this website.