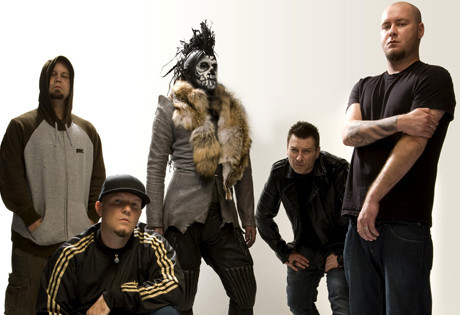 Start by filling out our no-obligation entertainment request form to check pricing and availability for Limp Bizkit or whoever else you may want.

Our Limp Bizkit agent will be happy to help you get Limp Bizkit's availability and booking fee, or the price and availability for any other A-List entertainer, band, comedian or celebrity you may want for your corporate event, private party, wedding, birthday party or public show.

The American nu metal band Limp Bizkit was established in 1994 in Jacksonville, Florida by founding member Fred Durst. Durst grew up highly influenced by heavy metal, punk rock, and hip-hop music, eventually working as a deejay when he was in his teens. After performing with a number of small, unsuccessful bands, Fred Durst teamed up with John Otto, Sam Rivers, and Wes Borland to form Limp Bizkit.

Limp Bizkit quickly developed a local cult following, eventually teaming up with Korn to serve as an opening act for the band while on tour. Eventually, Limp Bizkit garnered the attention of Interscope Records, signing with its subsidiary Flip Records, in the mid 1990’s. Limp Bizkit’s debut album, Three Dollar Bill, Yall, was released in 1997, and was moderately successful. But it was the band’s sophomore effort, Significant Other (1999), which began to garner them more success, and Limp Bizkit enjoyed the biggest breakthrough with Chocolate Starfish and the Hot Dog Flavored Water in 2000.

Early hits from Limp Bizkit include: “Nookie,” “Re-Arranged,” “Crushed,” “Break Stuff,” “Take a Look Around,” “Rollin,” and “My Way.” The albums Results May Vary (2003), The Unquestionable Truth (2005), and Gold Cobra (2011) brought the additional hits: “Behind Blue Eyes,” “Almost Over,’ “Bittersweet Home,” and “Shotgun.” Currently, Limp Bizkit continues to perform and record with its original lineup. The band recently returned to the studio to finish recording the album Stampede of the Disco Elephants, which is scheduled for release in 2015.

For more information on booking Limp Bizkit, please contact Booking Entertainment. One of our top booking agents will be happy to work on your behalf to get you the best possible price to book any big name entertainer for your upcoming public, private or corporate event worldwide.

Booking Entertainment works to get the best possible Limp Bizkit booking fee and Limp Bizkit price for our clients while also providing the celebrity or famous entertainer with the level of professionalism and industry norms that they expect from an event run by a professional booking agency and production management.

Booking Entertainment uses our agency / management relationships and over 25 years of production experience to help buyers of headline / top name entertainers and does not claim or represent itself as the exclusive Limp Bizkit agent, manager or management company for any of the artists on our site.

Booking Entertainment does not claim or represent itself as the exclusive booking agency, business manager, publicist, speakers bureau or management for Limp Bizkit or any artists or celebrities on this website.