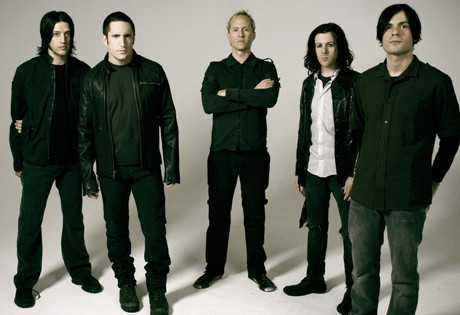 Start by filling out our no-obligation entertainment request form to check pricing and availability for Nine Inch Nails or whoever else you may want.

Our Nine Inch Nails agent will be happy to help you get Nine Inch Nails's availability and booking fee, or the price and availability for any other A-List entertainer, band, comedian or celebrity you may want for your corporate event, private party, wedding, birthday party or public show.

The industrial rock band Nine Inch Nails was created in 1988 by sole member Trent Reznor, who in the years since NIN’s inception has grown to become not only an iconic producer and instrumentalist, but also an award-winning composer and songwriter as well. Nine Inch Nails rose quickly to success almost immediately with its debut album, Pretty Hate Machine, in 1989. The album spawned the chart-topping alternative singles “Head Like a Hole,” “Down In It,” and “Sin,” and reached platinum status quickly.

The success of Pretty Hate Machine garnered Reznor multiple offers from major record labels, and although Nine Inch Nails would publicly lament the trappings of commercial record labels for years to come, in the early 1990’s NIN signed to Interscope Records in preparation  for the band’s next release. The EP Broken came next, garnering Nine Inch Nails a Grammy Award and even greater critical acclaim, followed by the companion EP Fixed in 1992. Since then, Nine Inch Nails has released the albums: The Downward Spiral (1994), The Fragile (1999), With Teeth (2005), Year Zero (2007), Ghosts I-IV (2008), and The Slip (2008.) The albums spawned the hit singles “Closer,” “Hurt,” “The Perfect Drug,” “Into the Void,” “The Hand That Feeds,” “Only,” “Every Day is Exactly the Same,” “Survivalism,” and “Discipline.” In total so far, Nine Inch Nails has garnered twenty-five industry award nominations with two Grammy wins (for “Wish” in 1992 and “Happiness in Slavery” in 1995). NIN also places on Rolling Stone’s list for the 100 Greatest Artists of All Time.

Even more significant than Trent Reznor’s commercial success as Nine Inch Nails is his influence on other artists and his accomplishments as a film composer, which began with his “Theme for Tetsuo” for the Japanese film Tetsuo: The Bullet Man. Reznor rose to recognition in the area of film composition after penning the music for the Social Network in 2010, garnering him his first Academy Award and Golden Globe for Best Original Score. Most recently, Reznor composed the score for the Girl with the Dragon Tattoo, earning him a Grammy Award for Best Score Soundtrack for Visual Media in 2013.

Trent Reznor continues to perform as Nine Inch Nails and work as a composer, producer, and instrumentalist. NIN’s most recent album release, Hesitation Marks, arrived in 2013.

For more information on booking Nine Inch Nails, please contact Booking Entertainment. One of our top booking agents will be happy to work on your behalf to get you the best possible price to book any big name entertainer for your upcoming public, private or corporate event worldwide.

Booking Entertainment works to get the best possible Nine Inch Nails booking fee and Nine Inch Nails price for our clients while also providing the celebrity or famous entertainer with the level of professionalism and industry norms that they expect from an event run by a professional booking agency and production management.

Booking Entertainment uses our agency / management relationships and over 25 years of production experience to help buyers of headline / top name entertainers and does not claim or represent itself as the exclusive Nine Inch Nails agent, manager or management company for any of the artists on our site.

Booking Entertainment does not claim or represent itself as the exclusive booking agency, business manager, publicist, speakers bureau or management for Nine Inch Nails or any artists or celebrities on this website.