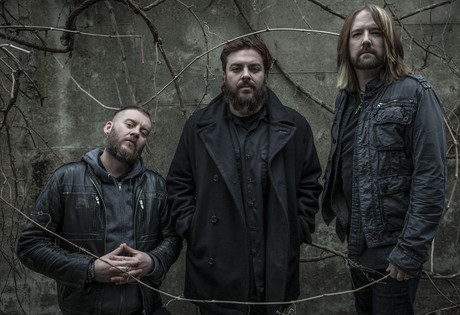 Start by filling out our no-obligation entertainment request form to check pricing and availability for Seether or whoever else you may want.

Our Seether agent will be happy to help you get Seether's availability and booking fee, or the price and availability for any other A-List entertainer, band, comedian or celebrity you may want for your corporate event, private party, wedding, birthday party or public show.

The alternative metal band Seether was founded in 2002 in South Africa. The band’s debut album, Disclaimer, was released later the same year and spawned the singles “Gasoline,” “Driven Under,” and “Fine Again,” although the album and singles achieved only moderate success. After launching an extensive tour to further establish a fan base, Seether returned to the studio and re-emerged in 2004 with what would become their mainstream breakthrough.

While in the studio, Seether began work on the song “Broken,” an electric ballad, and released the song along with their sophomore album effort, Disclaimer II. The song rose to the top twenty on the mainstream charts and brought the album into the charts along with it. “Broken” and the song “Sold Me” were featured in the  film The Punisher (2004) and brought Seether success not only in their home country, but across Europe and the United States as well.

Since that time, Seether has released the albums Karma and Effect (2005), Finding Beauty in Negative Spaces (2007) and Holding Onto Strings Better Left to Fray (2011), giving audiences the hit singles: “Remedy,” “Truth,” “The Gift,” “Fake It,” “Rise Above This,” “Breakdown,” “Carless Whisper,” “Country Song,” “Tonight,” “No Resolution,” and “Here and Now.” Many of these songs have reached the number one spot on the charts, and Seether has been recognized with multiple South African Music Awards and MTV Africa Music Awards, in categories such as Best Rock: English and Best Alternative Artist.

Seether continues to perform and record with the current lineup of Shaun Morgan, John Humphrey, and Dale Stewart. The band has recently returned to the studio in preparation for their next album release, scheduled for 2013 or 2014.

For more information on booking Seether, please contact Booking Entertainment. One of our top booking agents will be happy to work on your behalf to get you the best possible price to book any big name entertainer for your upcoming public, private or corporate event worldwide.

Booking Entertainment works to get the best possible Seether booking fee and Seether price for our clients while also providing the celebrity or famous entertainer with the level of professionalism and industry norms that they expect from an event run by a professional booking agency and production management.

Booking Entertainment uses our agency / management relationships and over 25 years of production experience to help buyers of headline / top name entertainers and does not claim or represent itself as the exclusive Seether agent, manager or management company for any of the artists on our site.

Booking Entertainment does not claim or represent itself as the exclusive booking agency, business manager, publicist, speakers bureau or management for Seether or any artists or celebrities on this website.