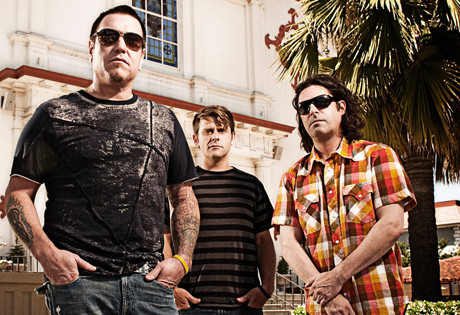 Start by filling out our no-obligation entertainment request form to check pricing and availability for Smash Mouth or whoever else you may want.

Our Smash Mouth agent will be happy to help you get Smash Mouth's availability and booking fee, or the price and availability for any other A-List entertainer, band, comedian or celebrity you may want for your corporate event, private party, wedding, birthday party or public show.

With a blend of garage band, surf, and punk/thrash, Smash Mouth burst onto the music scene in 1997 with the hit “Walkin’ on the Sun.” Formed only a few years prior, in 1994 by Steve Harwell, Smash Mouth went on to enjoy success throughout the late 1990’s and into the new millennium. Harwell had initially enjoyed success as a rapper with F.O.S., but after the band broke up, he started playing with Kevin Coleman, a friend and drummer. Greg Camp and Paul DeLisle were introduced to Harwell by his former manager, and within a short period of time, they formed Smash Mouth.

The group decided to record their first album after playing together with No Doubt and Beck during a summer festival. Fush Yu Mang was released in 1997, and “Walkin’ on the Sun” became an immediate hit, helping the album to find a home on the Top 40. Smash Mouth then added Michael Klooster on keyboards, and then later Mark Cervantes on drums for their follow-up album, Astro Lounge. Released in 1999, the album gave audiences the hit single “All Star.”

The albums Smash Mouth (2001) and Get the Picture (2003) followed, and Smash Mouth hit the big screen for the film Shrek, with a cover of the Monkees’ “I’m a Believer,” which closed the film. The single was included on All Star Smash Hits in 2005. Other contributions to film and television followed, and Smash Mouth released a fifth studio album in 2006. Summer Girl featured “Getaway Car,” and many other singles off the album were included in the film Zoom.

For more information on booking Smash Mouth, please contact Booking Entertainment. One of our top booking agents will be happy to work on your behalf to get you the best possible price to book any big name entertainer for your upcoming public, private or corporate event worldwide.

Booking Entertainment works to get the best possible Smash Mouth booking fee and Smash Mouth price for our clients while also providing the celebrity or famous entertainer with the level of professionalism and industry norms that they expect from an event run by a professional booking agency and production management.

Booking Entertainment uses our agency / management relationships and over 25 years of production experience to help buyers of headline / top name entertainers and does not claim or represent itself as the exclusive Smash Mouth agent, manager or management company for any of the artists on our site.

Booking Entertainment does not claim or represent itself as the exclusive booking agency, business manager, publicist, speakers bureau or management for Smash Mouth or any artists or celebrities on this website.