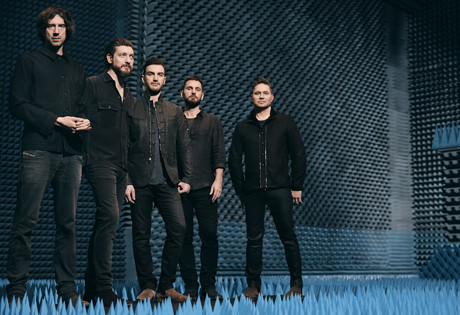 Start by filling out our no-obligation entertainment request form to check pricing and availability for Snow Patrol or whoever else you may want.

Our Snow Patrol agent will be happy to help you get Snow Patrol's availability and booking fee, or the price and availability for any other A-List entertainer, band, comedian or celebrity you may want for your corporate event, private party, wedding, birthday party or public show.

The Northern Irish/Scottish rock band Snow Patrol was established in 1993 by founding members Mark McClelland, Michael Morrison, and Gary Lightbody. The three musicians had met while attending the University of Dundee in the early 1990’s, and as a trio they began performing at local venues and university gatherings, initially as the Shrugs. After changing their name to Snow Patrol, the band signed with the Jeepster label in 1997 and entered the studio to prepare for their debut.

The result, Songs for Polarbears, was critically acclaimed but only moderately successful commercially. Snow Patrol’s second album, When It’s All Over We Still Have to Clear Up, fared similarly. But Snow Patrol’s third album, Final Straw, became the band’s big breakthrough. On the strength of the internationally chart-topping hit “Chasing Cars,” Final Straw rose to the number three spot in the UK and also finally charted in the United States upon its release in 2006. The album also spawned the additional charting singles “You’re All I Have,” “Se the Fire to the Third Bar,” and “Signal Fire.”

Since Final Straw, Snow Patrol has released the additional chart-topping albums: Eyes Open (2006), A Hundred Million Suns (2008), and Fallen Empires (2011.) The albums have given audiences the additional hit singles: “Take Back the City,” “Crack the Shutters,” “If There’s a Rocket Tie Me to It,” “Just Say Yes,” “Run,” “Called Out in the Dark,” “This Isn’t Everything You Are,” and “New York.”

Snow Patrol continues to perform and record with the current lineup of Gary Lightbody, Jonny Quinn, Nathan Connolly, Paul Wilson, and Johnny McDaid. The group recently wrote and recorded the song “I Won’t Let You Go” specifically for the 2014 film Divergent. Snow Patrol is currently finishing up work in the studio for their next album, slated for release in the fall of 2017.

For more information on booking Snow Patrol, please contact Booking Entertainment. One of our top booking agents will be happy to work on your behalf to get you the best possible price to book any big name entertainer for your upcoming public, private or corporate event worldwide.

Booking Entertainment works to get the best possible Snow Patrol booking fee and Snow Patrol price for our clients while also providing the celebrity or famous entertainer with the level of professionalism and industry norms that they expect from an event run by a professional booking agency and production management.

Booking Entertainment uses our agency / management relationships and over 25 years of production experience to help buyers of headline / top name entertainers and does not claim or represent itself as the exclusive Snow Patrol agent, manager or management company for any of the artists on our site.

Booking Entertainment does not claim or represent itself as the exclusive booking agency, business manager, publicist, speakers bureau or management for Snow Patrol or any artists or celebrities on this website.