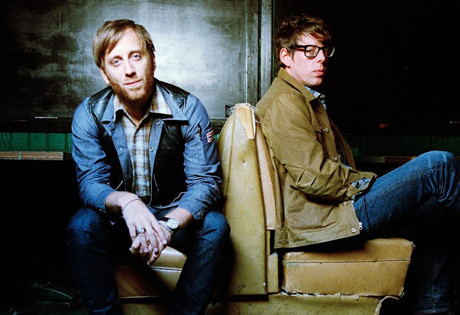 Start by filling out our no-obligation entertainment request form to check pricing and availability for The Black Keys or whoever else you may want.

Our The Black Keys agent will be happy to help you get The Black Keys's availability and booking fee, or the price and availability for any other A-List entertainer, band, comedian or celebrity you may want for your corporate event, private party, wedding, birthday party or public show.

The rock band the Black Keys was created by founding members Patrick Carney and Dan Auerbach in Ohio in 2001. Shortly after leaving college, Dan and Patrick decided to form a group, and within a year they’d released their debut album, The Big Come Up, on a small independent label. It was a slow rise for the Black Keys, and subsequent album releases struggled to find a home on the charts for most of the decade, but in recent years the Black Keys have experienced a sudden surge in popularity.

For the next seven years, the Black Keys released such albums as Thickfreakness (2003), Rubbery Factory (2004), Magic Potion (2006), Attack & Release (2008), all to critical acclaim, but not yet to the level of commercial success they’d be hoping for. During this time they played such notable festivals as Bonnaroo, the South by Southwest Music Festival, Coachella, and even Lollapalooza, establishing a fan base but still not bringing any singles to the charts. That all changed with the release of Brothers in 2010.

The album Brothers spawned the chart-topping single “Tighten Up,” and within months the Black Keys were among the year’s most sought-after groups. The album garnered the Black Keys three Grammy wins (for Best Rock Performance by a Duo or Group with Vocal, Best Alternative Music Album, and Best Recording Package .) Eventually it rose to platinum status in the United States and multi-platinum in the UK, and paved the way for its follow up, El Camino, which proved equally successful in 2011. El Camino rose to the number two spot on the charts and spawned the hit single “Lonely Boy,” which also garnered the Black Keys another three Grammy wins. Other notable singles from the Black Keys include: “Ohio,” “Howlin’ for You,” “Gold on the Ceiling,” “Little Black Submariens,” and “Next Girl.”

Since El Camino, the Black Keys have continued to perform at some of the nation’s largest music festivals and also their own sell-out shows at major venues. They recently returned to the studio in preparation for their next studio release, scheduled to arrive soon.

For more information on booking The Black Keys, please contact Booking Entertainment. One of our top booking agents will be happy to work on your behalf to get you the best possible price to book any big name entertainer for your upcoming public, private or corporate event worldwide.

Booking Entertainment works to get the best possible The Black Keys booking fee and The Black Keys price for our clients while also providing the celebrity or famous entertainer with the level of professionalism and industry norms that they expect from an event run by a professional booking agency and production management.

Booking Entertainment uses our agency / management relationships and over 25 years of production experience to help buyers of headline / top name entertainers and does not claim or represent itself as the exclusive The Black Keys agent, manager or management company for any of the artists on our site.

Booking Entertainment does not claim or represent itself as the exclusive booking agency, business manager, publicist, speakers bureau or management for The Black Keys or any artists or celebrities on this website.