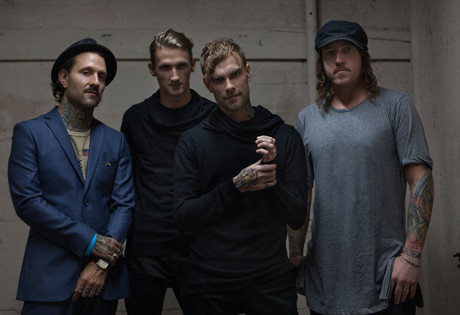 Start by filling out our no-obligation entertainment request form to check pricing and availability for The Used or whoever else you may want.

Our The Used agent will be happy to help you get The Used's availability and booking fee, or the price and availability for any other A-List entertainer, band, comedian or celebrity you may want for your corporate event, private party, wedding, birthday party or public show.

The American rock band The Used was established in 2001 in Utah by founding members Quinn Allman, Branden Steineckert, and Jeph Howard. With the addition of Bert McCaracken, the Used finalized its initial lineup and recorded a demo album which included the song “A Box Full of Sharp Objects.” Record labels were so impressed with the song and the demo itself that the Used received multiple offers for their first contract. In the end, they chose to sign with Reprise Records and released their self-titled debut in 2002.

The Used was met with positive reviews and spawned the singles “The Taste of Ink,” “Blue and Yellow,” and “Buried Myself Alive,” all of which entered the charts and brought the album to gold status. To support their auspicious start, the Used immediately embarked on a number of tours, including Ozzfest and the Warped Tour, before beginning work on their second studio album. In Love and Death was released in 2004, and was followed by Lies for the Liars (2007) and Artwork (2009.) The albums spawned the hit alternative singles “Take It Away,” “All That I’ve Got,” “Pretty Handsome Awkward,” and “Blood on my Hands.”

The Used continues to perform and record, with the current lineup of Allman, Howard, McCracken, and Dan Whitesides on drums, replacing Branden Steineckert, who left in 2006. The Used’s most recent album is Vulnerable, released in 2012 and featuring the singles “I Come Alive,” “Hands and Faces,” and “Put Me Out.”

Hiring The Used For Corporate Events, Private Parties And Public Concerts Is Easy With Booking Entertainment

For more information on booking The Used, please contact Booking Entertainment. One of our top booking agents will be happy to work on your behalf to get you the best possible price to book any big name entertainer for your upcoming public, private or corporate event worldwide.

Booking Entertainment works to get the best possible The Used booking fee and The Used price for our clients while also providing the celebrity or famous entertainer with the level of professionalism and industry norms that they expect from an event run by a professional booking agency and production management.

Booking Entertainment uses our agency / management relationships and over 25 years of production experience to help buyers of headline / top name entertainers and does not claim or represent itself as the exclusive The Used agent, manager or management company for any of the artists on our site.

Booking Entertainment does not claim or represent itself as the exclusive booking agency, business manager, publicist, speakers bureau or management for The Used or any artists or celebrities on this website.