Booking We The Kings 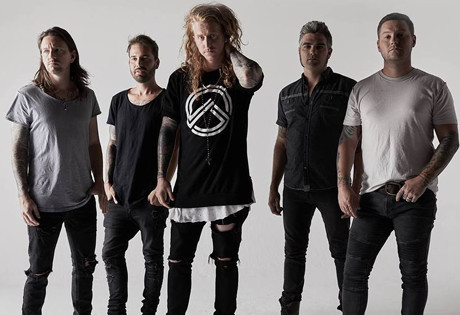 We The Kings Booking Pricing & Availablity

Hiring We The Kings For Corporate Events, Appearances, Speaking Engagements and Product Endorsements Is Easy With Booking Entertainment

Booking Entertainment makes it easy to book We The Kings or any other Entertainer for corporate events, private events, weddings, social media campaigns, appearances, speaking engagements and product endorsements worldwide.

Booking Entertainment can also help you book We The Kings for private virtual appearances,  live-streams or virtual shows.

Start by filling out our no-obligation entertainment request form to check pricing and availability for We The Kings or whoever else you may want.

Our We The Kings agent will be happy to help you get We The Kings's availability and booking fee, or the price and availability for any other A-List entertainer, band, comedian or celebrity you may want for your corporate event, private party, wedding, birthday party or public show.

We The Kings Biography

The American rock band We the Kings was established in Bradenton, Florida, by founding members Danny Duncan, Drew Thomsen, Hunter Thomsen, and Travis Clark. The four childhood friends established We the Kings while still in high school in the mid 2000’s, first under the name Broken Image. We the Kings began to establish a local and regional following, performing alongside other bands for a number of years. After signing with EMI’s S-Curve Records in 2006, the band entered the studio to prepare for their major label debut.

The result, We the Kings, arrived in late 2007 and was a moderate success. For the remainder of the year and into 2008, We the Kings performed alongside groups such as All Time Low and Cobra Starship, and performed during the Warped Tour of 2008. We the Kings was followed by Smile Kid (2009), but it was the album Sunshine State of Mind that became the band’s breakthrough success in 2011, rising into the top forty on the mainstream charts and into the top ten on the alternative and rock charts in the United States. The single “Check Yes Juliet” became the band’s first charting single, rising to the number twenty-five spot on the pop charts and reaching platinum status.

Since Sunshine State of Mind, We the Kings has released the additional albums Somewhere Somehow (2013), Stripped (2014), and Strange Love (2015.) Notable additional singles from the band include: “Say You Like Me,” “Just Keep Breathing,” and “Find you There.” The band toured extensively throughout 2016 and into 2017, performing throughout the United States, Canada, and the United Kingdom.

We the Kings continue to perform and record, with the current lineup of Travis Clark, Hunter Thomsen, Danny Duncan, Charles Trippy, and Coley O’Toole. The band most recently released a compilation album, So Far, in 2016. The single “The Story of Tonight” was also released later in that same year. In 2017, We the Kings launched their podcast, WTK: Encore, which features video snippets of their life on the road and in the studio.

Hiring We The Kings For Corporate Events, Private Parties And Public Concerts Is Easy With Booking Entertainment

For more information on booking We The Kings, please contact Booking Entertainment. One of our top booking agents will be happy to work on your behalf to get you the best possible price to book any big name entertainer for your upcoming public, private or corporate event worldwide.

Booking Entertainment works to get the best possible We The Kings booking fee and We The Kings price for our clients while also providing the celebrity or famous entertainer with the level of professionalism and industry norms that they expect from an event run by a professional booking agency and production management.

Booking Entertainment uses our agency / management relationships and over 25 years of production experience to help buyers of headline / top name entertainers and does not claim or represent itself as the exclusive We The Kings agent, manager or management company for any of the artists on our site.

Booking Entertainment does not claim or represent itself as the exclusive booking agency, business manager, publicist, speakers bureau or management for We The Kings or any artists or celebrities on this website.