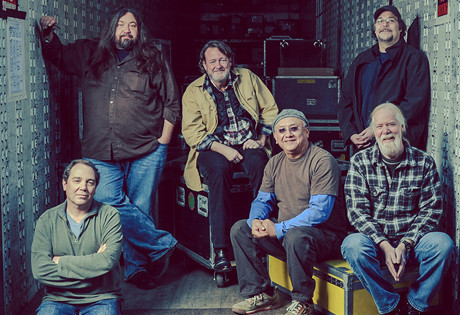 Start by filling out our no-obligation entertainment request form to check pricing and availability for Widespread Panic or whoever else you may want.

Our Widespread Panic agent will be happy to help you get Widespread Panic's availability and booking fee, or the price and availability for any other A-List entertainer, band, comedian or celebrity you may want for your corporate event, private party, wedding, birthday party or public show.

The American rock and jam band Widespread Panic was established in the mid 1980’s in Athens, Georgia, by founding members Michael Houser and John Bell. The two musicians met while students at the University of Georgia and developed a friendship around their mutual love of music. Bell had already been playing guitar and had aspirations to pursue a career as a solo artist, but after meeting Houser, the two men decided to begin performing as a duo.

After bringing bassist David Schools and drummer Todd Nance into the fold, the four men performed their first show as “Widespread Panic.” After signing with Capricorn Records in 1991, Widespread Panic entered the studio to prepare for their major label debut, with the resulting self-titled album setting the stage for a career which has lasted now for over thirty years.

Widespread Panic is today known as one of the era’s longest lasting and best-known “road warrior” jam bands, alongside the notable and legendary Grateful Dead and Phish. The band continues to perform and record with the current lineup of John Bell, Dave Schools, Domingo S. Ortiz, John Hermann, Jimmy Herring, and Duane Trucks, who just joined the band in 2016. As of 2015, Widespread Panic holds the record for sold-out shows at two venues – the Philips Arena in Atlanta, Georgia; and at the Red Rocks Amphitheater in Morrison, Colorado.

For more information on booking Widespread Panic, please contact Booking Entertainment. One of our top booking agents will be happy to work on your behalf to get you the best possible price to book any big name entertainer for your upcoming public, private or corporate event worldwide.

Booking Entertainment works to get the best possible Widespread Panic booking fee and Widespread Panic price for our clients while also providing the celebrity or famous entertainer with the level of professionalism and industry norms that they expect from an event run by a professional booking agency and production management.

Booking Entertainment uses our agency / management relationships and over 25 years of production experience to help buyers of headline / top name entertainers and does not claim or represent itself as the exclusive Widespread Panic agent, manager or management company for any of the artists on our site.

Booking Entertainment does not claim or represent itself as the exclusive booking agency, business manager, publicist, speakers bureau or management for Widespread Panic or any artists or celebrities on this website.