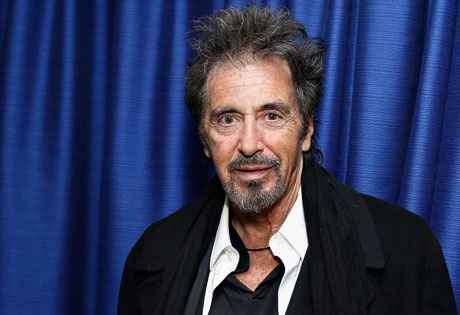 Start by filling out our no-obligation entertainment request form to check pricing and availability for Al Pacino or whoever else you may want.

Our Al Pacino agent will be happy to help you get Al Pacino's availability and booking fee, or the price and availability for any other A-List entertainer, band, comedian or celebrity you may want for your corporate event, private party, wedding, birthday party or public show.

Al Pacino was born in 1940 in New York City. Long before he became famous for his role as Michael Corleone in The Godfather, Pacino spent his formative years on the tough New York streets of the Bronx. His teenage years were tumultuous, and young Al did not excel in school, except for his English classes. Eventually, he left school before graduating, although by then he’d already developed a love of the stage and so he joined the Herbert Berghof Studio to learn the art of acting.

In 1967, Pacino relocated to Boston to perform onstage for a season with the Charles Playhouse, and for the next few years he spent his time on stage in Boston and New York, eventually making his Broadway debut in Does a Tiger Wear a Necktie? in 1969, earning him a Tony Award. That same year, Al Pacino made his screen debut in the independent film Me, Natalie, alongside Patty Duke. His performers garnered him his first contract with a major agency, but his biggest breakthrough was just around the corner.

Of course, Al Pacino is still best known for his role in the Godfather trilogy, and for his role in Scent of a Woman (1992), which earned him both an Academy Award and Golden Globe for Best Actor. In addition to his work in film, Al Pacino has continued his career on stage, in pivotal Broadway roles such as The Merchant of Venice (2010) and Glengarry Glen Ross (2012.) Between 2015 and 2016, he starred on Broadway in China Doll, which was crafted specifically by David Mamet with the intention of having Pacino play the lead role. Pacino of course does continue to also appear in films; his latest film role was in the film Hangman (2017.)

For more information on booking Al Pacino, please contact Booking Entertainment. One of our top booking agents will be happy to work on your behalf to get you the best possible price to book any big name entertainer for your upcoming public, private or corporate event worldwide.

Booking Entertainment works to get the best possible Al Pacino booking fee and Al Pacino price for our clients while also providing the celebrity or famous entertainer with the level of professionalism and industry norms that they expect from an event run by a professional booking agency and production management.

Booking Entertainment uses our agency / management relationships and over 25 years of production experience to help buyers of headline / top name entertainers and does not claim or represent itself as the exclusive Al Pacino agent, manager or management company for any of the artists on our site.

Booking Entertainment does not claim or represent itself as the exclusive booking agency, business manager, publicist, speakers bureau or management for Al Pacino or any artists or celebrities on this website.