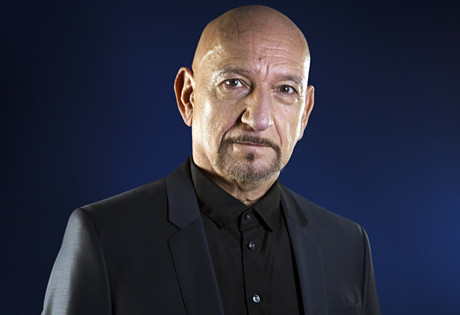 Start by filling out our no-obligation entertainment request form to check pricing and availability for Ben Kingsley or whoever else you may want.

Our Ben Kingsley agent will be happy to help you get Ben Kingsley's availability and booking fee, or the price and availability for any other A-List entertainer, band, comedian or celebrity you may want for your corporate event, private party, wedding, birthday party or public show.

Sir Ben Kingsley was born Krishna Pandit Bhanji in 1943 in Snainton, North Yorkshire. Young Ben grew up in a well-educated household; his father was a doctor and his mother an actress who was known for her roles in films from the 1920’s era. As a child, Kingsley attended Manchester Grammar School and then went on to study drama at the the University of Salford, and then later at Pendleton College.

Shortly after graduating, Ben Kingsley began to make on-stage appearances in a variety of West End productions, even joining the Royal Shakespeare Company for awhile and spending most of the next decade focusing on the stage. During this time he appeared in a number of plays in London and also on Broadway, including: Volpone, A Midsummer Night’s Dream, and Death of a Salesman.

By the early 1970’s, Kingsley had made the transition to the big screen, making his debut in Fear Is the Key in 1972. For the remainder of the decade he continued to appear in a number of films, until his performance as Ghandi in the Academy Award-winning film in 1982 solidified his position as one of the era’s most notable and accomplished actors.

Since that time, Ben Kingsley has appeared in some of the most significant films of the modern age, including: Schindler’s List, Sexy Beast, House of Sand and Fog, and Silas Marner. He has also appeared in Death and the Maiden, Twelfth Night, Rules of Engagement, Oliver Twist, Shutter Island, Hugo, Ender’s Game, Iron Man 3, and The Physician. For his work, Kingsley has been recognized with dozens of award nominations, earning two Golden Globes, an Oscar, a Grammy, and a Screen Actors Guild Award.

Ben Kingsley continues to act, appearing in multiple feature films in key roles every year. The actor was most recently recognized by the British Academy of Film and Television Arts with the Broccoli Britannia Award. Kingsley was knighted by Queen Elizabeth II in 2000, and he received his star on the Hollywood Walk of Fame in 2010.

For more information on booking Ben Kingsley, please contact Booking Entertainment. One of our top booking agents will be happy to work on your behalf to get you the best possible price to book any big name entertainer for your upcoming public, private or corporate event worldwide.

Booking Entertainment works to get the best possible Ben Kingsley booking fee and Ben Kingsley price for our clients while also providing the celebrity or famous entertainer with the level of professionalism and industry norms that they expect from an event run by a professional booking agency and production management.

Booking Entertainment uses our agency / management relationships and over 25 years of production experience to help buyers of headline / top name entertainers and does not claim or represent itself as the exclusive Ben Kingsley agent, manager or management company for any of the artists on our site.

Booking Entertainment does not claim or represent itself as the exclusive booking agency, business manager, publicist, speakers bureau or management for Ben Kingsley or any artists or celebrities on this website.